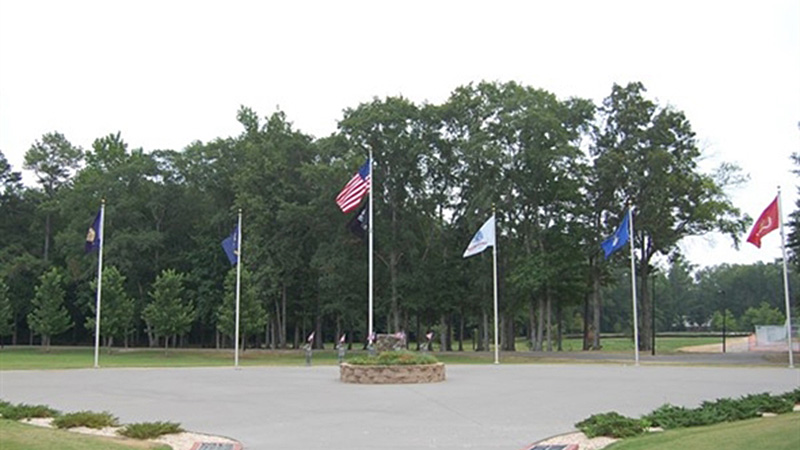 ALABASTER – Veterans Park in Alabaster will honor its namesake on Nov. 11, as the city is holding veteran-themed events at the park throughout the day.

The city has held small ceremonies at the park’s veterans memorial in the past, but this year will mark the largest veteran salute the city has ever held, said Parks and Recreation Department Director Tim Hamm.

“We’ve always had that memorial there at the park. This will be a good event to bring attention to that memorial, and hopefully turn this into an annual event,” Hamm said. “I think we will have a good turnout.”

The day will start at 10 a.m. with a ceremony to honor local veterans, which will include a speech from Marine and current Shelby County Sheriff’s Office Chief Deputy Chris George.

George’s speech will be followed by a flag retirement ceremony hosted by the Alabaster-based Boy Scout Troop 548, whose Eagle Scout candidate Rand Willis recently built and placed boxes throughout the area to allow locals to properly dispose of damaged, dirty or old American flags.

The ceremony also will include an aerial performance by the Alabaster Remote Control Association, which will fly models of military aircraft to honor the veterans.

After the opening ceremony, the park will welcome food trucks and vendors, and the city will welcome veterans and their families to enjoy a day in the park, said Alabaster Mayor Marty Handlon.

“The day is open to everyone, but we certainly want to invite military veterans and their families to come out,” Handlon said.