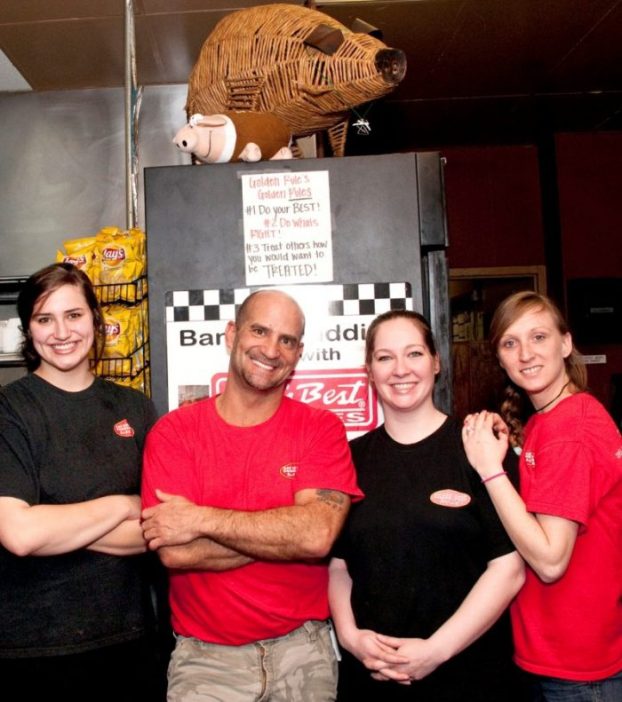 PELHAM – Golden Rule Barbecue is opening another restaurant in Pelham, that’s scheduled to open in mid-December, after their previous restaurant shut in 2015 down to make way for Burger King on U.S. 31.

Owner Paul Curcio said the new restaurant will be located at 309 Huntley Parkway, in the Publix shopping center off Shelby County 52. He said the building is 3,200 square feet and seats 85-100 people.

The business will bring about 20 new jobs to the city and will be co-managed by Jessica Bailey.

“We are so looking forward to coming back to Pelham and the new restaurant will have some new appetizers and menu choices too,” Curcio said.

Curcio said the new location will also offer take home meals that feed a family of four for under $25.

“We want to make it easy for people to call in, place an order and pick it up on the way home,” he said.

“The store was old and Burger King wanted to buy the land so the landowner sold it, but it all worked out for the good of the city and everyone involved,” Curcio said.

Curcio said the Golden Rule encourages people to love their neighbors and “one way we can do that is to bring our neighbors some barbecue.”

By GRAHAM BROOKS / Staff Writer HELENA–Any child wishing to learn the fundamentals of baseball while also getting tips from... read more