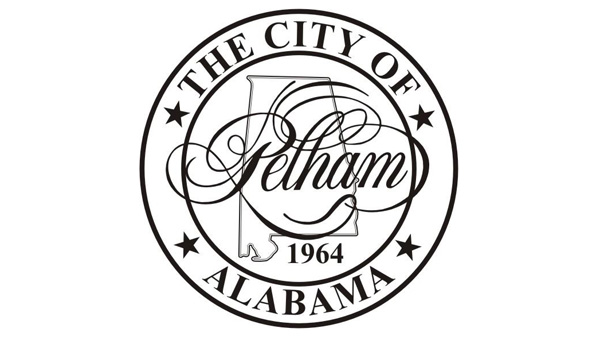 Pelham has retail, commercial projects in the works

PELHAM – Pelham City Council has two land purchase contracts in the works that, if approved, would bring retailers, a commercial development and $1.4 million in revenue for the city.

The City Council had the first reading of a contract to transfer a surplus of property to Orlando Equity Partners LLC for $590,000 at a meeting on Monday, Oct. 17.

The company wants to purchase 8 acres of land located at 3080 Lee St., which is off U.S. 31 behind Summer Classics.

Orlando Equity Partners LLC will then lease the property to Swift Straw, an Atlanta-based pine straw and mulch provider throughout the southeast. The company has a location on Shelby County 11 in Chelsea, but they plan to move their operations to Pelham.

The Lee Street site has two structures on it – a warehouse and a space that is covered but not enclosed. The land will be purchased as-is and Swift Straw will have to connect the site to the city’s wastewater system.

Before the contract can be voted on by the City Council, a 10-day first right of refusal must be granted to Summer Classics.

The city owns the land where Summer Classics is located, the 5 acres in front of it and 8 acres behind the building. City Council President Rick Hayes said when the city was working out thier contract with Summer Classics to purchase the old Moore-Handley building on the property, a first right of refusal was included for all of the property.

Hayes said a 10-day first right of refusal means that Summer Classics has the right to purchase the 5- and 8-acres pieces of land before the city sells either to anyone else. Summer Classics was notified on Friday, Oct. 14, and has until Monday, Oct. 24, to exercise their right.

The council meets Tuesday, Oct. 25, and Hayes said the land purchase contract is tentatively on the agenda.

When plans to sell the land began, Hayes said the city gave Summer Classics a heads up to let them know that a company was interested in buying the land.

If the land purchase is approved at Tuesday’s meeting, Swift Straw will evaluate the facility before closing the deal. Hayes said this process would take roughly three months.

The city is ironing out another contract to sell the 5 acres in front of Summer Classics to Southeast Commercial Real Estate.

Tim Reddock, a Pelham resident and co-founder of Southeast Commercial Real Estate, proposed the idea of developing out-parcels totaling about 10,000 square feet on the property.

During the City Council’s Aug. 15 work session, Reddock offered the city $850,000 for the U.S. 31 land. Reddock said more than 29,000 vehicles pass by Summer Classics every day making it an ideal location for further development.

Reddock said he would be interested in placing fast-casual eateries at the location, but other types of retailers would need to be included also. Fast-casual restaurants offer quick service and higher quality of food with fewer frozen or processed ingredients than fast food restaurants.

Hayes said the city has provided Southeast Commercial Real Estate with a valuation of the property and is awaiting feedback. If a contract agreement is reached, the city will go through the same right of refusal process.

By NEAL WAGNER / Managing Editor ALABASTER – Veterans Park in Alabaster will honor its namesake on Nov. 11, as... read more