COLUMBIANA – A 38-year-old Alabaster man is set for arraignment in late November after he was indicted recently on charges alleging he distributed crack cocaine and attempted to distribute heroin in Alabaster earlier this year. 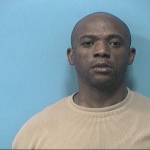 According to his indictments, Cunningham allegedly possessed 14 individually wrapped bags of heroin on March 7 “with the intent to distribute” near the 600 block of First Street Southwest in Alabaster.

He also allegedly distributed crack cocaine on Feb. 19 in the 300 block of Seventh Avenue Southeast in Alabaster, leading to his unlawful distribution charge, according to his indictment.

Cunningham is now scheduled to appear in Shelby County Circuit Court at 8:30 a.m. on Nov. 29, according to court records.

Cunningham’s most recent drug charges are the latest in his lengthy criminal history.

The 2015 charges stemmed from a 2014 incident in the parking lot of the Alabaster McDonald’s restaurant, during which a Shelby County Drug Enforcement Task Force deputy allegedly discovered cocaine in Cunningham’s vehicle.

Because Cunningham was out of jail on bond while awaiting trial on the 2015 charges when he was arrested on March 7, he has been held in the Shelby County Jail without bond since March.