Longtime Montevallo resident and current Shelby County Board of Education employee Kenneth Dukes has announced his candidacy for a seat on the Shelby County Commission. 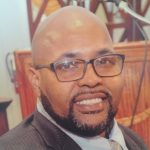 Dukes will be running for the District 2 seat against incumbent Tommy Edwards.

Dukes has been a resident of Montevallo his entire life for the last 48 years. Dukes has also been an employee for the Shelby County Board of Education for the last 28 years and is currently the pastor at Holly Grove Baptist Church in Jemison.

The district Dukes is running for includes Montevallo, Wilsonville, Calera and a portion of Alabaster.

This is Dukes first time running for a County Commission seat and he said he feels like he needs to serve the community and be a voice for everyone.

“All of the negative things going around the country in politics I just wanted to be someone with strong faith to address the issues and bring that to the table,” said Dukes. “I wanted to bring some diversity to the Commission and have some minority representation with a strong Christian background. I want to be the voice for all the people. I want to be someone that is in touch with the community and a leader in my community. I think I can bring a common voice to relate and understand both sides of every issue.”

The city of Montevallo recently honored Dukes with the Hometown Hero award a few weeks ago that Dukes said, “I was privileged and honored to receive.”

“I just feel like one of the greatest callings in life is to serve and speak for those who can’t speak for themselves. It’s something I enjoy doing,” said Dukes.