Hoover residents can vote on name of new facility 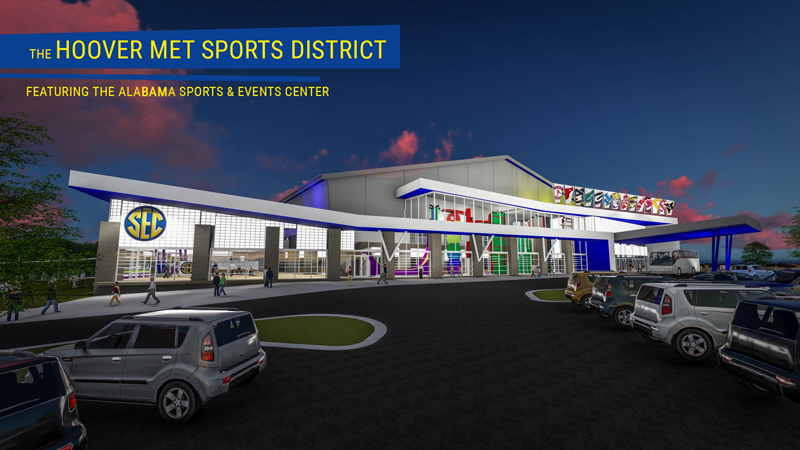 An under-construction facility in Hoover was originally named the Alabama Sports and Events Center, but public backlash caused officials to form a committee and allow voting on the name.

HOOVER – Voting is live for the name of an under-construction sports development in Hoover.

Residents were unhappy with the original name chosen for the center, so officials decided to make the public part of the naming process.

The name for the center was unveiled as Alabama Sports and Events Center, “the Bam” for short, at a meeting of the Hoover City Council on Oct. 3.

But public backlash caused leaders to form a Council committee to study the name, including accepting suggestions from residents.

The first meeting of the committee was Oct. 17 at Hoover City Hall, where it was announced that the committee would accept suggestions from residents and then select the top submissions to be included on a poll on the city’s website.

Committee Chairman and City Councilman Casey Middlebrooks said the top options were announced at the committee meeting Oct. 24, and the poll can be found here.

Possible names for the entire campus, which includes Hoover Metropolitan Stadium, include:

Possible names for the under-construction indoor facility include:

The survey also asks how residents envision the new logo and website (cute and kid friendly, sophisticated and expensive, traditional, dramatic and exciting, or sports-centered and simple) and for what primary customer is it most important the name appeals (local kids and families, sports tourists, non-athletes in Hoover, or national events).

Middlebrooks said it was important for the city to be transparent with its decision about the naming of the facility and offer the public a chance to provide input.

Five hundred fifty submissions were received, some of which were duplicates.

“It was further confirmation that we’re doing the right thing by bringing this to the public for them to have ownership in,” Middlebrooks said. “We’ll see what the public decides.”