ALABASTER –The Alabaster Police Department has released an image of a “person of interest” in an Oct. 30 robbery and murder at the Chevron gas station off U.S. 31, and is asking for the public’s help in locating the suspect.

The suspect is a black male, approximately 5-feet-9-inches tall, between 220-230lbs. He was wearing a white shirt (possibly a white T-Shirt) black pants or dark colored jeans. He was also wearing a black fedora hat.

“This man was in the area of the Chevron between the hours of 10:45 a.m. and 11:30 a.m. on Oct. 30. He may have been jogging south bound on the shoulder of the north bound lanes,” read an Alabaster Police Department release.

The APD’s description of the suspect came a few hours after Shelby County Coroner Diana New identified the victim killed in the robbery.

Police responded to the Chevron gas station in the 1300 block of U.S. 31 at about 11:30 a.m. after receiving a report of a robbery at the gas station. When officers arrived, they discovered the clerk shot to death, said Alabaster Police Chief Curtis Rigney.

Rigney said the robbery and murder likely happened sometime between 9-11:15 a.m. on Oct. 30, and said the department is seeking information from anyone who was near the scene.

“We are asking for any help from anyone who may have seen anything in that area between 8 and 11:15 this morning,” Rigney said. “If anyone has any information whatsoever, we are urging them to call our office and speak to a detective.”

Anyone with information about the crime should call the department at 663-7401.

“This is our first homicide in six years,” Rigney said. “This is a sad day in the city of Alabaster.” 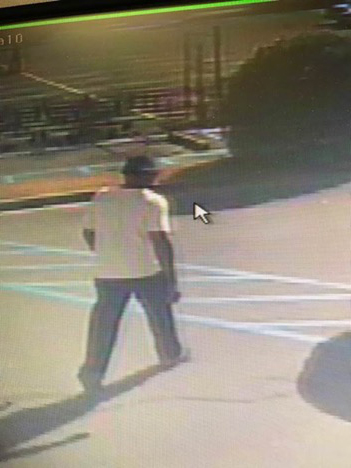 The Alabaster Police Department is seeking information about this suspect. (Contributed)

By NEAL WAGNER / Managing Editor ALABASTER – The city is on track to see another year of growth in... read more