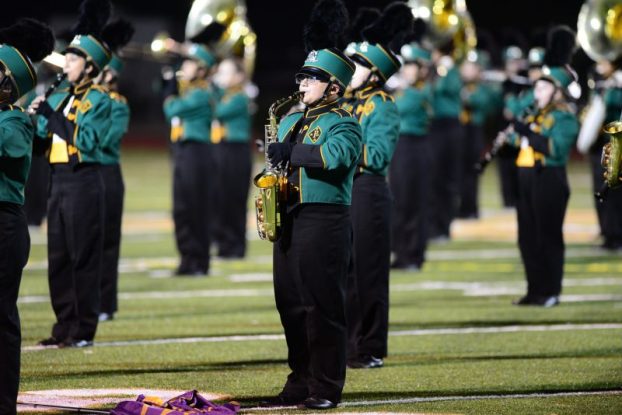 PELHAM – Pelham High School’s Tower of Power marching band is living up to its name after earning superior rankings in two recent competitions.

The band placed first out of 26 bands in the Athens Marching Invitational on Oct. 22 md finished third out of 22 bands at the Prattville Marching Competition on Oct. 8.

Also, the school’s Wind Ensemble accepted an invitation to perform at the Kennesaw State University Concert Band Invitational as a featured ensemble. They will perform in Atlanta on Feb. 10 at a festival in front of a panel of nationally recognized clinicians. The clinicians will provide educational feedback to the students and the Tower of Power band director Justin Ward.

Ward said the nearly 150-member band began rehearsing in May to help prepare for the band season. Students practiced for eight to 13 hours a day for two and a half weeks in July during band and three to four ways per week for two to three hours now that school has resumed.

“It is absolutely a lot of preparation that goes into this from start to finish,” Ward said. “I’m extremely proud of them. This year we’ve asked them to do even more in terms of difficulty and they’ve risen to the occasion.”

But in spite of the band’s success, Ward said the experience has been more about the journey and the process than it has been about the results.

“Camaraderie has grown and the skills they’re required to utilize to be a successful band are life skills they’ll have to use as adults,” Ward said. “Things like setting goals, being punctual, being a team player, communicating and helping ach other – there’s a direct transfer between the band and life once they leave high school.

“If we can continue to do this each year our students will continue to excel at high levels and by the time they grow up they’ll have extraordinary lives.”