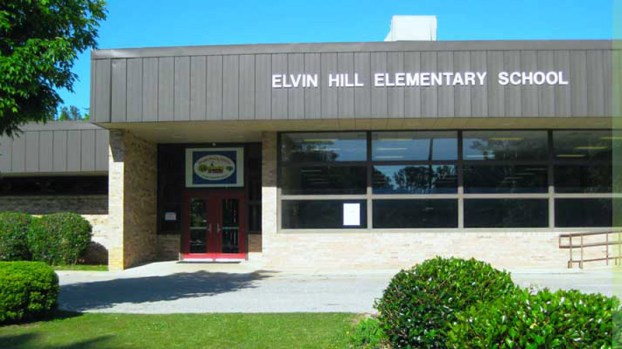 COLUMBIANA– According to Elvin Hill Elementary School GRC teacher Martha Bentley, one of the best parts of the school’s news broadcast is that it is almost entirely run by the students.

Bentley, who has been involved with the broadcast for 16 years, co-sponsors the news broadcast with fellow Elvin Hill Elementary teachers Alaina Etress and Tanya Autuña.

“It is pure joy for those of us who sponsor when we watch them. They will get started and just handle it by themselves,” said Bentley.

The news broadcast has been aired throughout the school for over 20 years. Currently, the broadcast is aired at the beginning of every school day during the week, except for Wednesdays

In the past, the broadcasts were aired through a closed-circuit system, meaning that it relied on cables set up in the school’s ceiling. Last year, Elvin Hill Elementary received new digital cameras and a new switchboard. Bentley is now able to record the broadcasts onto a computer, upload them to Google Drive, and send links to the teachers to show to their classes. However, the broadcasts can only be viewed inside of the school for privacy reasons.

So far, students have been selected for on-air performance and behind-the-scenes crew positions through nominations from teachers. However, Bentley and the other sponsors will begin using an application and interview process during this upcoming spring semester to select students for the 2017-2018 academic year.

Bentley said that the sponsors want students who are kind, respectful, responsible and have a desire to be proactive in their school.

“We’re trying to provide more leadership opportunities for our students, and we’re trying to help them have real-life experiences by having them apply for the positions and do interviews,” said Bentley. “We look for students who are leaders in the school and set good examples to other students.”

While crew positions have been closed to only fifth graders in the past, Bentley is also trying to make more positions in the news broadcast open to students in lower grade levels in the future.

“We’re trying to pull in all grade levels to have more students do certain things, like leading the Pledge of Allegiance in the morning. Even kindergarteners are able to do that,” said Bentley.

Through her years as a sponsor, Bentley has found that the students involved learn the logistics and technical aspects of producing a broadcast. In addition, students learn about the importance of promptness, teamwork and confidence in order to successfully produce broadcasts. Students who participate in the broadcast also learn how to work well under pressure.

“Everybody has to do their part, or it doesn’t flow. They’re learning that we can do something together that none of us can do alone,” said Bentley. “The students have a sense of pride and accomplishment, and they see this as an act of service to our school. There’s an intrinsic reward that comes with contributing to our school.”