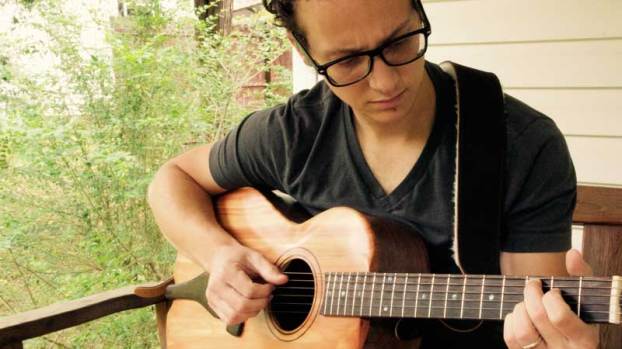 Phil Dudley plans to release an album with his band, The Phil Dudley Band, in early 2017, followed by a solo album.

It seems that Phil Dudley was born to be a musician, whether by choice or by fate.

Dudley’s family has a long musical history starting with his grandparents who worked as traveling music ministers in the ’70s and ’80s.

His father and uncle picked up music from a young age, and even Dudley’s four siblings all play music.

It seems there was no escaping it. Dudley began taking piano lessons at age 10 and hasn’t stopped since.

His musical style can best be described as rock with folk and jazz influence.

“All the songs that I write are inspired by life experiences, people I’ve met and places I’ve been,” says Dudley. He even looks to a variety of musicians and bands for inspiration such as Boston, Rob Thomas and UK jazz musician Jamie Cullum.

After Dudley graduated high school he started writing original songs and in 2011 he tried his hand at live performances.

His very first gig was at City Vineyard in Greystone. There he played alongside his sister Elizabeth who had been writing some of her own original songs.

Since then his career has taken off. Dudley has played many local places such as The Oasis Bar, Todd English Pub, headlined several shows at WorkPlay and even performed on the main stage at the 2016 Alabaster City Fest.

When he’s not playing locally he and his band, The Phil Dudley Band, have spent time touring venues in the Southeast.

Dudley has even had a song featured in Kevin Wayne’s online miniseries “Bloodtype.”

Along with touring and live performances Dudley has released two self-recorded albums along the way, “Wonderland” and “All in my Head.”

2017 looks to be an exciting year for Dudley. With plans to release an album with the Phil Dudley Band in early 2017 and a solo album later in the year, it will be the first time Dudley will record in a professional studio.

“I’m really looking forward to creating new music, seeing new places and meeting new people,” says Dudley. “The adventure is why I do what I do. Trying to convey an emotion, an experience or a struggle with a listener, and being successful at it is the best feeling you can have as an artist. That’s what I strive for. I hope that I can touch other people’s lives through music, make connections and grow as an artist and as a person.”

The Phil Dudley Band will be performing live at the Shelby County Arts Council’s Black Box Theater on Friday, Nov. 18 at 7:30 p.m.

This is a great opportunity to see a talented young musician on the rise! The band will perform tracks from their upcoming album “Seasons” as well as favorites from previous albums.

Tickets for the performance are $15 and include a pre-show reception. Doors open at 7 p.m., performance begins at 7:30 p.m.

For more info or to purchase tickets for this event, visit Shelbycountyartscouncil.com.

This market is a great way to find unique gifts for friends and family all while supporting talented local artists.

There will be an array of original work including pottery, jewelry, paintings, prints and so much more.

For information on this and other events be sure to check out our website!