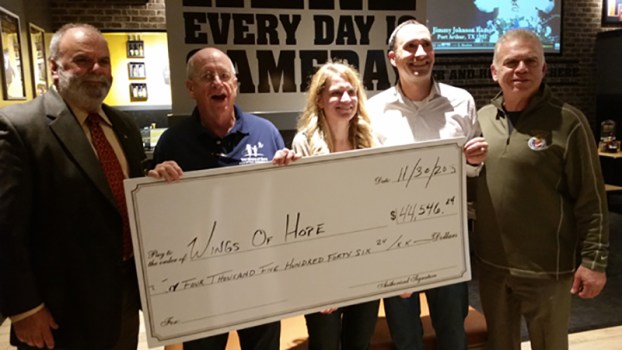 County police departments to participate in ‘No Shave November’

For the month of November, police officers will be allowed to grow beards in exchange to raise money for the Wings of Hope Pediatric Foundation, which helps give families with a terminally ill child more time to spend together by providing services such as house cleaning, lawn maintenance, meals, financial assistance paying bills and more.

Law enforcement agencies will look to raise even more money in 2016 as this year a new event has been added to the “No Shave November” fundraiser.

This year, a new addition has been added to the fundraiser to help generate even more funds in the form of an online auction.

All of the money spent in the online auction will go directly toward the children and families at the Wings of Hope Pediatric Foundation. The auction will end on Dec. 6 at 8 p.m.

To view and bid on the items in the online auction, visit 32auctions.com/noshavenovember2016.