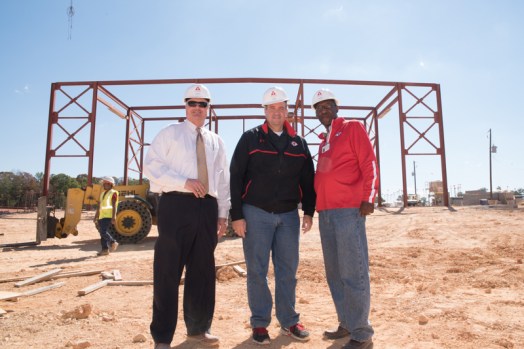 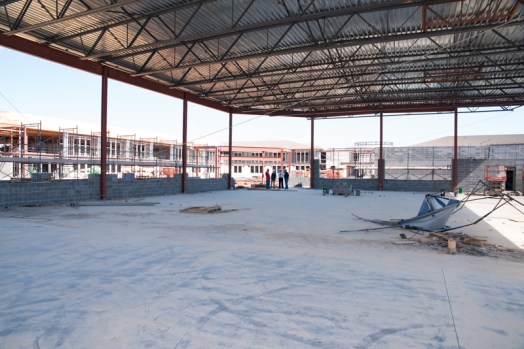 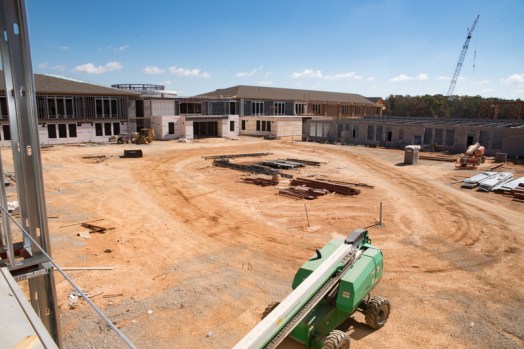 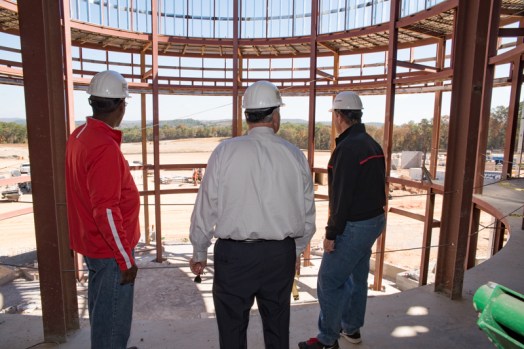 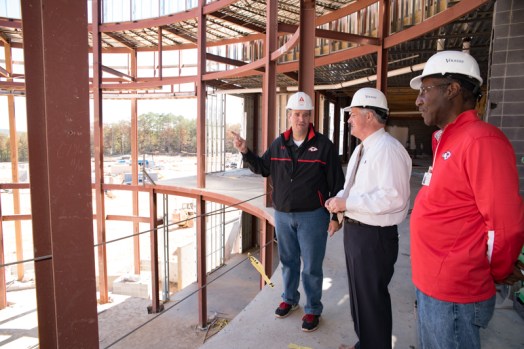 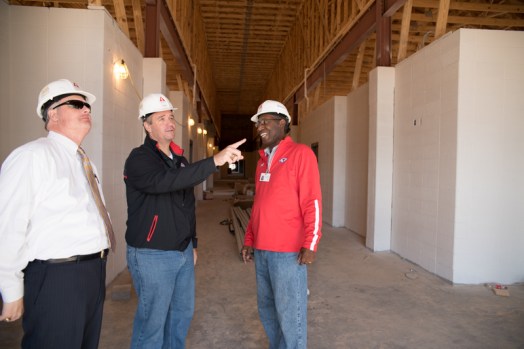 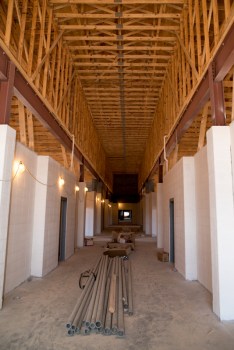 The hallways in the main academic building are 14 feet wide. (Reporter Photo/Keith McCoy) 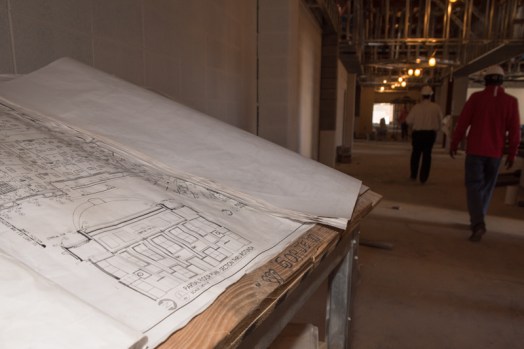 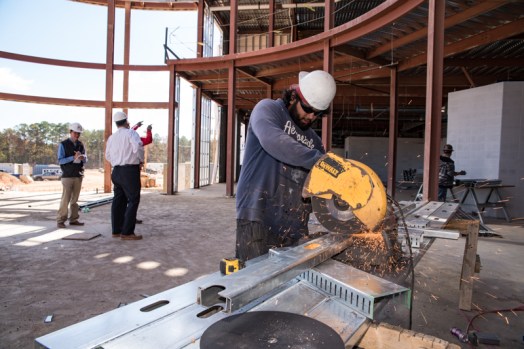 Crews work to construct a portion of Alabaster’s new high school building, which is being constructed between Thompson Road and Kent Dairy Road. The city’s School Board recently approved a bid for the school’s athletic facilities. (File) 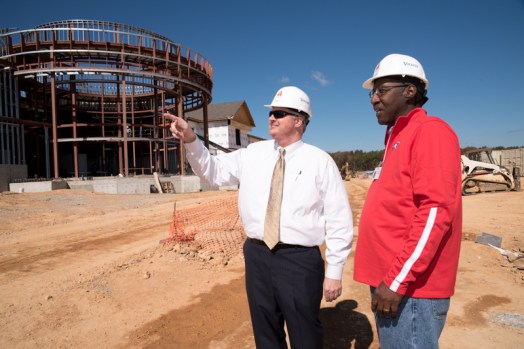 ALABASTER – The sound of clanking construction equipment, saws and back-up beepers filled the air around the site of Alabaster’s new high school building on a recent Friday morning, as crews worked to make the most of the dry weather Alabama has seen over the past several weeks.

“As you can see, there is a lot of work going on right now,” Alabaster School Superintendent Dr. Wayne Vickers said as he walked the site with School Board members Adam Moseley and Derek Henderson.

The lack of rain has allowed crews with the Argo and Clements Dean construction companies to make significant progress on the new school, and much of the main academic building is already complete.

Vickers said the new school was designed with students in mind, and said he and School Board members toured several other high schools, such as James Clemens, Hewitt-Trussville, Huffman and Enterprise, before laying out the new school.

“We had a lot of good input and discussion while we were planning for the new school,” Henderson said. “Our kids deserve it.”

The front of the main academic building, which features a scenic view facing Thompson Road, is two stories tall, includes a rotunda in the center and features a large staircase and two elevators near the main lobby.

The center of the rotunda will feature a large floor emblem, and the lobby will include areas for the school secretary, attendance office, school resource officer and more, Vickers said. A balcony on the second floor wraps around the top of the rotunda.

Hallways are 14 feet wide, and there are no 90-degree corners at major hallway intersections.

“We tried to make sure we didn’t have any bottlenecks,” Vickers said, noting the school will feature ample plug-in areas for students to charge their mobile devices, which are often integrated into classroom instruction.

To the east of the cafeteria are indoor athletic areas, which feature an auxiliary gym, training areas for several programs – including wrestling, cheerleading and the Junior ROTC – competition gym and the arena. The fine arts building, which includes the bandroom and theater areas and has a separate outdoor entrance, is between the main academic building and the competition gym.

Once completed, the school’s stadium complex, which is the only major project for which the school system has not yet awarded a bid, will be behind the main campus.

Vickers said the campus will feature 1,790 parking spaces surrounding the building – primarily on the side and back of the main campus.

The school is on track to open to students in the fall of 2017, Vickers said.

“I’m very pleased with where we are now. We’ve got two wonderful contractors working on this, and everything is on schedule,” Vickers said. “This is an exciting time for our school system.”