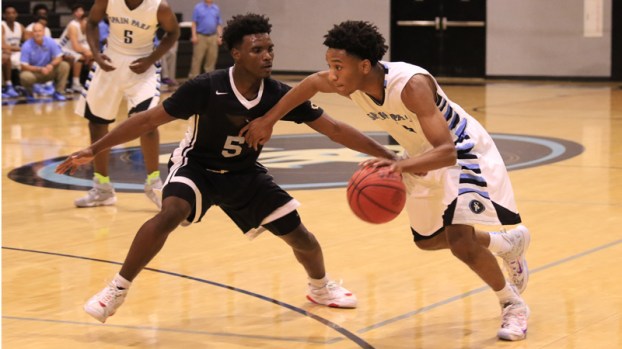 HOOVER – The story of the offseason for Spain Park’s boys basketball team may have been the transfer of a star player, but plenty of pieces remain in place for the Jaguars to win games.

Senior Austin Wiley left Spain Park for a Florida prep school following a season in which he was named Shelby County Reporter’s Co-Player of the Year by averaging 21.7 points and 12.1 rebounds per game.

“We’ll be more like a typical high school team,” Quinn said. “Jamal Johnson still gives us a lot of things other people don’t have, but we’ll have to try to out-execute people possession by possession.

“We’re having to work harder and be more of a team.”

Johnson, a 6-foot-4 senior wing player who has committed to play college basketball at the University of Memphis, can be dominant in his own right.

He is one of two returning starters from last year’s team, along with 5-foot-11 sophomore point guard Parker Boswell.

The competition among other players to be part of the regular playing rotation is ongoing and could extend into the season, Quinn said, which begins Nov. 10 when the Jaguars host Cornerstone.

The coach said he would like to have 10 players in the rotation.

Even with a dominant post player in Wiley last year, Spain Park still was a transition-based team that utilized a pressure defense regularly.

SPHS will utilize an up-tempo style again this season, Quinn said, but its set offense will not rely as heavily on isolation to take advantage of individual matchups—especially whoever was defending Wiley and Justin Brown, who graduated.

On defense, Wiley allowed the Jaguars to aggressively disrupt passing lanes because he was an ever-present last line of defense.

“If people penetrated, they still had to shoot over him,” Quinn said. “We didn’t have to worry about people beating us off the dribble.”

The Jaguars will look different this season, but they expect more success.

After the season-opening date with Cornerstone, Spain Park will host only three more games before area play begins on Jan. 10, 2017 against Oak Mountain.

A full schedule and roster can be found at the program’s official website.