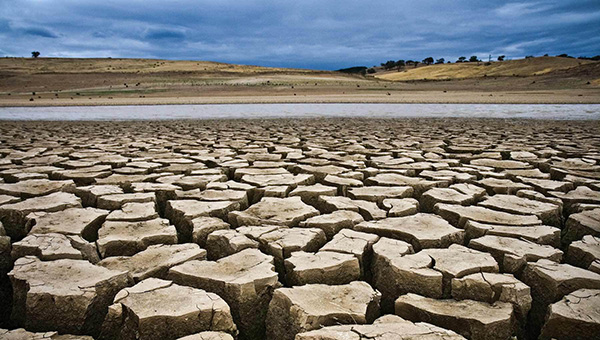 Shelby County is in the midst of a historic drought, and has not seen rain in more than a month. (Contributed)

Where’s the rain?: Shelby County in midst of historic drought

Water officials in Shelby County say drought conditions are not as bad as other parts of the state, but they still urge residents to conserve water when possible before conditions worsen.

“Right now we have an ample supply of water,” Alabaster Water Board manager Laura Koon said. “We are OK in terms of water. The drought hit late summer in a time when demands drop naturally. We are getting through the growing season, so people aren’t needing to water as often. We will see a drop in demands in the next few months.”

With more than one month without rainfall, Koon said the drought has intensified rapidly.

“Droughts usually last for several years,” Koon said. “I would anticipate that we will have drought conditions for the foreseeable future.”

“Right now we are not seeing any shortages in terms of water,” Koon said. “We are keeping an eye on the situation and will always work to let our customers know what is going on. We are not at the point where people are having to limit their water usage.”

“Right now we are stressing to our customers to be smart with water usage and the water we do have,” Cain said. “If there is unnecessary water leaking at your house, try and be aware of that.”

Both Koon and Cain said there are ways individuals can begin to conserve water with simple things to look for around the house.

“People can check their toilets to see if they might have a leak,” Koon said. “You can turn off the faucet while brushing your teeth and eliminate any additional water being used, when you do a load of laundry make sure you have a full load to wash, and when you want to wash your car take it to a car wash because oftentimes at the car wash they recycle the water.”

While lack of water is not currently a concern, fire officials are urging residents to remember there is a mandatory no burn order issued.

“I think at this point the problem we are having is people are still burning things when there should be zero burning of any kind,” Pelham Fire Department Battalion Chief Tim Honeycutt said. “We are still seeing people have bonfires and campfires and not taking the no burn order seriously.”

Gov. Robert Bentley signed a Drought Emergency Declaration Oct. 12 referred to as the ‘No Burn Order’ prohibiting all outdoor burning for 46 counties in north and central Alabama.

Shelby County was included in the order, and Honeycutt said many of the fires his department has responded to have been due to individuals not following the order.

“We have seen a slight increase in calls due to the drought, but one thing we are trying to get across to people is the drought is very serious,” Honeycutt said. “Everything is very dry and because of that fires can build and escalate quickly. We haven’t seen a massive increase in fires, but the fires we have been working have gotten very large, very quick. People need to take the drought seriously and understand that no burning means absolutely no burning.”

Chelsea Fire Department Lieutenant Ben Hostetter said his department is spending more time fighting the fires they are responding to due to how quickly they spread.

“When you have dry conditions like we are having coupled with wind, fires can spread very fast,” Hostetter said. “It then takes a longer time for us to extinguish the fire because it spreads so quickly.”

Hostetter said a simple thing such as individuals tossing cigarettes out of a vehicle on the side of the road can cause a fire.

“We are just asking individuals to be mindful of the fact we haven’t had any rain in over a month,” Hostetter said. “It is incredibly dry, and the smallest things can cause a large fire within seconds.”

‘Report a concern’ upgraded on new city of Alabaster website

By NEAL WAGNER / Managing Editor ALABASTER – Local residents who report a concern through the city of Alabaster’s new... read more