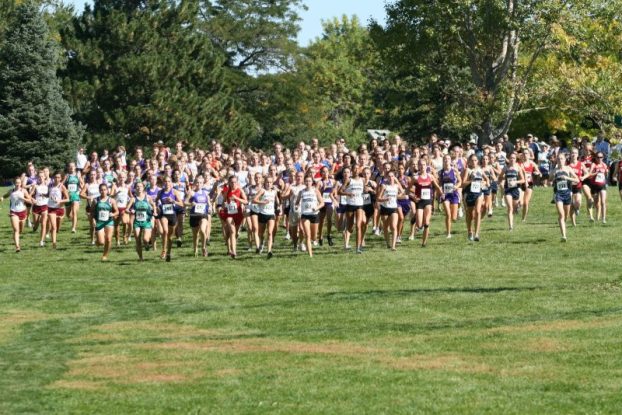 Both the Pelham boys and girls cross country teams finished in the top three of the 6A Section 4 meet on Nov. 3, and will move on to the state meet being held on Nov. 12. (File)

TUSCALOOSA – The Pelham Panthers’ boys and girls cross country teams both competed in the Class 6A Section 4 cross country meet at Mony Sokul Park in Tuscaloosa on Thursday, Nov. 3. Each team ended up finishing in the top three of their meet, which is the criteria needed to qualify for the state meet on Nov. 12.

The girls had an impressive showing finishing with a score of 39, only one point behind race winner Helena. The Panthers placed four runners in the top 10, all sophomores, which included Katie Strozier in second, Meredith Bass in fourth, Alex Wilkins in eighth and Madilyn Dubose in 10th.

It was strong performance from Pelham, who beat out third place Walker by eight points and fourth place Northridge by 70 points. The overall individual winner of the sectional was Walker senior Jodi Ann Martin, who ran the race in 19:37.99, which was a little over two minutes faster than Strozier.

In the guy’s race it was really a battle between second and third place as Helena dominated the meet with a perfect score of 15, and Northridge and Hillcrest-Tuscaloosa both struggled. The battle for the higher of the two spots was between Pelham and Walker.

Even though both ended up in the state meet with a second or third place finish, they battled hard and ended up with a tying score 73. Walker held the tiebreaker taking second place after they had the next two highest point scorers outside of the top five who make up the original score.

Pelham looked strong with Robert Plummer, Gareth Stubbs, Dominic Fanella and Ben Calvert finishing consecutively from 10th to 14th, but the next highest finishers were Josh Madson and Keaton Allen at 31 and 32.

Helena placed the five runners needed for a score in the top five giving them a perfect score of 15. The Huskies were led by junior Blake Vaughn who ran the race with a time of 17:53.37, narrowly edging out teammate eighth grader Brady Barton by three seconds.

Both the Pelham boys and girls will now move on to the state meet, which is taking place on Nov. 12 at Moulton Oakville Indian Mounds Park and Museum.

By ALEC ETHEREDGE | Staff Writer CHELSEA – The Chelsea Hornets have high expectations as they head into the 2016-17... read more