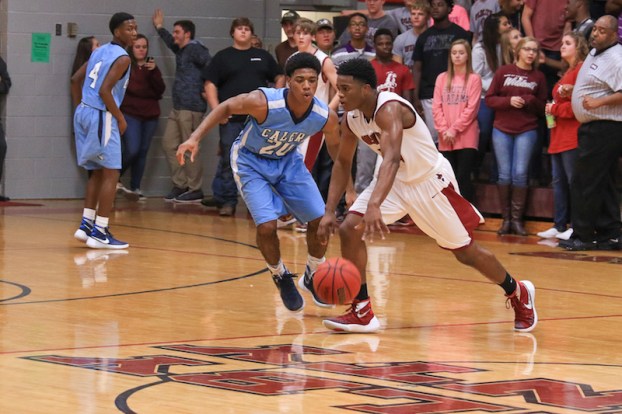 COLUMBIANA – This year’s Shelby County basketball team will have a different look to it with first year head coach Cedric Drake taking the reign after long time coach Troy Brown’s departure at the end of last season.

The Wildcats saw their 2015-16 season come to an end at the hands of an 80-54 loss to Sylacauga in the 5A Area 8 tournament, but have since turned the page to a new beginning.

“I was really excited to take this job because I feel like there is a lot of talent in this area and a chance at some early success, and with the young talent we have, sustain that success,” Drake said.

Drake, who has been the head coach at Meridian Community College for the last four seasons, will have to have that success with an extremely young team.

The Wildcats return only three guys from last year’s squad after several losses including Qunterious Montgomery, an All-County Second Team selection who averaged 11.6 points, 4.3 rebounds, 4.6 assists and 3.3 steals per game, was a scrappy player that was all over the court for the Wildcats.

When one leaves another has to fill his shoes though, and the good thing for Drake is he has a guy that can step up and be big time with the return of 6-foot-3 165-pound senior Brandon Green.

Green sat out most of his junior year with a knee injury, but during his sophomore season the versatile guard was named to the All-County Third Team after averaging 16.8 points and 7.2 rebounds per game. He is a guy that can score and be all over the floor just like Drake wants.

Drake said Greee is close to being back to 100 percent coming off the injury and he is starting to show some great athleticism and vertical. A healthy Green will easily make this Wildcat team a contender in Class 5A Area 8.

Still a big area of concern is the young talent that will be forced to start this year.

“Being a first year head coach of these guys helps a little bit in the sense that they’re young and won’t have to change their mentality from a different coach,” Drake said. “They’ll have plenty of time to get used to my system, which will help us tremendously in the future.”

Drake plans to run, run, run. He said his main goal is to apply pressure on both ends of the court and pushing the ball in transition on offense.

“I want my guys to realize this is a contact sport and they need to be fast, physical and give 100 percent,” he said.

Drake said he has 12 guys that he wants ready to play at all times and expresses to them every day that they need to be prepared to play on a nightly basis.

“If my guys don’t need a break then they aren’t playing hard enough, so I pride myself in getting all 12 of these guys ready to play and being scrappy,” he said.

Despite being a young bunch, Drake said that doesn’t lower the teams’ expectations. He wants to finish the season above .500 and compete for an area championship.

The Wildcats will start their season on Nov. 10 at home against the Helena Huskies with tipoff scheduled for 7:30 p.m.