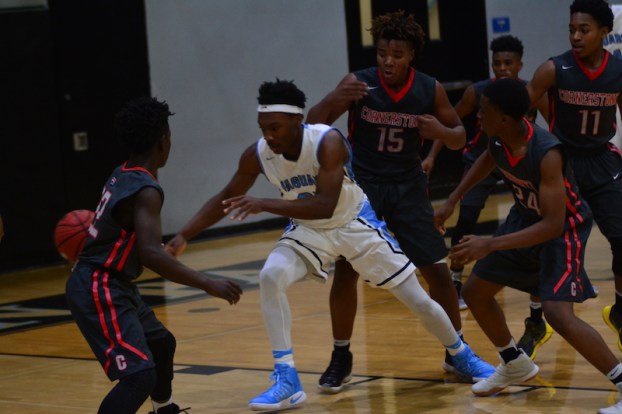 The Jaguars fell on the road to the Lee Generals on Saturday, Nov. 12, which brought their record to an even 1-1 on the young 2016-17 basketball season. Spain Park gave up a double double to the Generals’ Quintarrius Rivers, who had 10 points, 10 rebounds and 3 blocks to lead Lee to a 68-51 win. The Jags had a two-point lead heading into the fourth quarter but gave up a 27-8 run in the closing frame.

The Westminster Knights’ boys basketball team fell 75-52 on the road to West Blocton in their first game of the season. The Knights were led by Weston Padgett who had 18 points, 3 rebounds and 2 steals in the contest. Bentley Stroud and Clay Hess also added an additional 22 points and 7 rebounds in the loss.