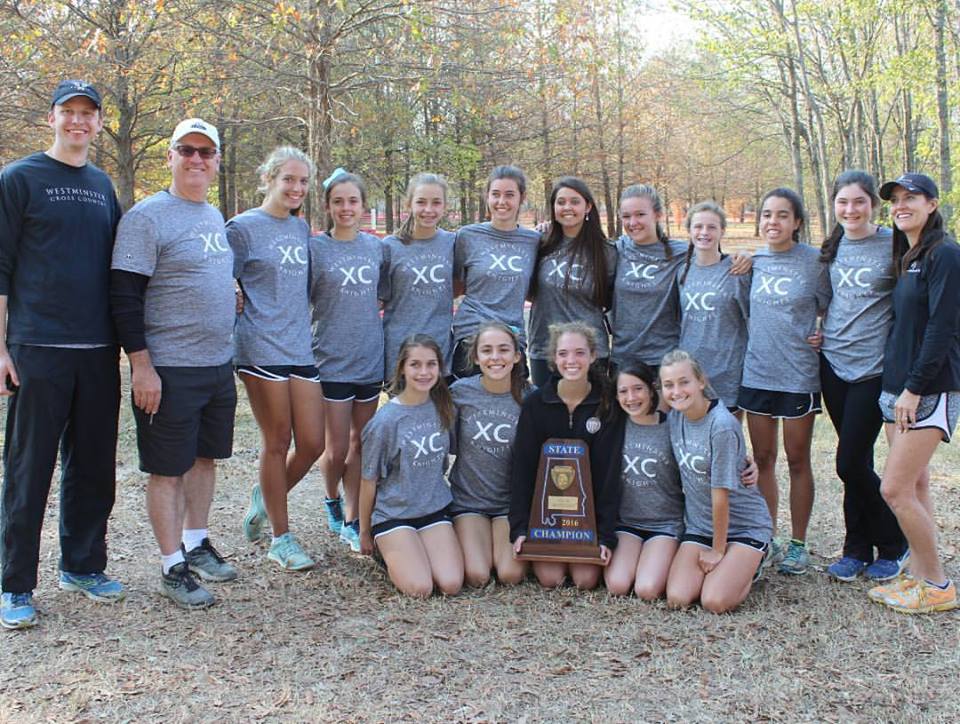 The Lady Knights competed in the Class 1A/2A division and posted a total score of 42 in their winning effort, which was 46 points higher than second place Hatton and 47 points better than third place St. Bernard.

Westminster was led by senior Maddie Hoaglund, who ran the 5K in 19:53.61, which was good enough for fourth place in the race. Hoaglund’s fourth place finish was the highest individual finish for any girl or guy county runner across all classifications.

Junior Sarah Kate Lipperd was the next highest finisher for Westminster and the only other top 10 finisher as she took seventh place in the race with a time of 20:10.89.

The rest of the Lady Knight’s state championship team finished as followed:

The Westminster guys’ cross country team also had a strong showing in the state championships as they finished in third behind Cold Springs and St. Bernard. The top three scores were 58, 64 and 85, respectively.

The Knights were led by eighth grader Hunter Wright, who posted a strong sixth place finish with a time of 17:03.55. Sophomore John Porterfield, 15, and junior Pierce Moffett, 19, were the other two top 20 finishers for Westminster with times of 17:49.67 and 17:57.57, respectively.

Who’s in? Clearing up the XC State Championship