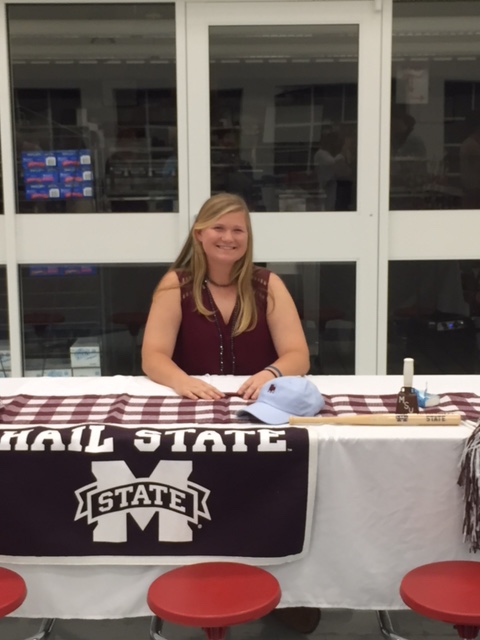 O’Neil Roberson officially signed her NLI to play softball in the SEC with Mississippi State on Nov. 10. (Contributed)

Roberson ended her junior year with 65 hits, a .500 batting average, 71 RBIs and 21 home runs for the Lady Eagles. Her 21 home runs were the most in the state last year as she was the driving force behind Oak Mountains 2016 softball team.

The first baseman led the Eagles to the No. 8 ranking in 7A and 30 wins last spring. She was named as our First Team All-County first baseman and was also a member of the North South All Star game as part of the South team. Another big accomplishment to add to her repertoire was being named a First Team first baseman on the All-State team.

After finishing tied for first in 7A Area 5 during the regular season, Roberson led her team to a 2-1 series win over Hoover in the Area 5 tournament to become area champions.

It will be extremely fun to watch the senior try and beat some of last year’s accomplishment as she looks to lead the 2017 squad to a state championship and continue adding to her already impressive numbers.

By ALEC ETHEREDGE | Sports Editor NORTH SHELBY – We’ve already made it through two weeks of the 2016 postseason... read more