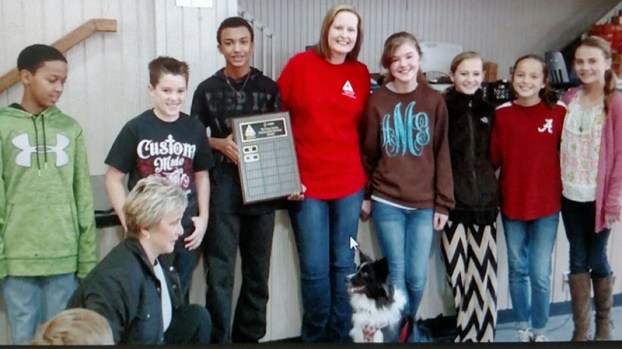 ALABASTER – Over the month of November, Alabaster City Schools will be collecting canned food goods to benefit those in need.

From Nov. 1-22 the city schools will be collecting canned food goods to donate to local charities in Alabaster and Shelby County as part of the fourth annual Doug Trotter food drive.

Trotter was a former science teacher at Thompson Sixth Grade Center, who passed away suddenly in 2012.

“This has been a great way for our school and our school system to honor the legacy of Doug Trotter,” Thompson Sixth Grade Center Principal Daniel Steele said. “Doug was passionate about community service, and this canned food drive has been a way for us to continue that tradition.”

Throughout the month, students at the city’s schools will have a “friendly-competition” to see who can collect the most cans.

School administrators work to promote incentives to the students in an effort to collect more cans.

This year’s incentive is a free breakfast provided by the Parent Teacher Organization, Steele said.

“Thompson Sixth Grade Center has won the last three years, and our students have a lot of pride,” Steele said. “It is my hope that we come through again.”

The group that collects the most canned goods will also be rewarded with the Doug Trotter Community Spirit Award.

“It is just a lot of fun,” Tanner said. “Mr. Trotter was very well known in the community so this is a neat way to remember him.”

Tanner said there are no specifications for what type of canned goods can be donated.

“We will take any kind of canned good,” Tanner said.

Community members wishing to donate or get involved can bring canned food items to any of the public schools in Alabaster.