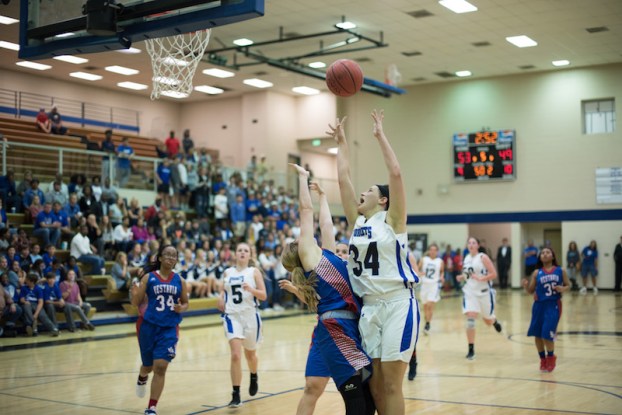 In game one of the season, Chelsea won by a score of 63-58 over Vestavia in overtime. In game two of the season they would replicate that score in a win over Gardendale, but wouldn’t need overtime to do it. The Lady Hornets were led by sophomore Michaella Edwards who had 27 points on 69 percent shooting. Hope Richard was the only other Chelsea player in double figures with 12 points. Junior Allie Miller grabbed a team high 8 rebounds, 8 assists and 2 steals on the night. Chelsea is off to a hot 2-0 start.

The Westminster girls’ basketball team is off to a crazy interesting start. After giving up just seven points in a 50-7 win over West Blocton on Nov. 8 in their first game of the season, they hosted Vincent on Nov. 15 and only gave up 19 points. The Lady Knights (2-0) have given up a combined 26 points through two games which is an average of 13 points per game. If keep this effort up on the defensive end they will be one of the favorites among the 1A division this season.

The Lady Panthers (0-2) struggled to score in their matchup with Pinson Valley as they only scored 24 points in a 39-24 road loss. Angel Smith led Pelham with 8 points in the game. After losing to McAdory in their first game of the season 48-27 they are only averaging 25.5 points per game. They will look to turn things around against Mountain Brook in their next matchup on Friday, Nov. 18.

The Oak Mountain girls’ basketball team took down Stanhope Elmore 56-24 on the road to start their season in dominating fashion. The Eagles will face an out of area 7A opponent in Thompson at home on Friday, Nov. 18.

The Calera Eagles had a strong showing in their first game of the season in a 46-41 road win at Childersburg. They will now head to Chilton County on Friday Nov. 18.

Indian Springs’ girls basketball team fell to Shades Mountain Christian School in their first game of the season by a score of 40-25. Though the defense showed up, the offense struggled in the opener.