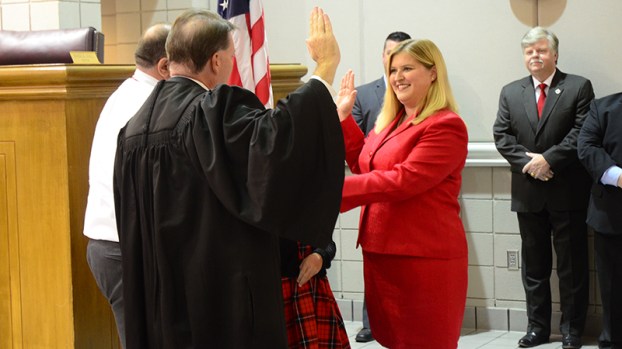 Laura Joseph, pictured, along with Alice Lobell, attended the Orientation Conference for Elected Officials and Municipal Personnel on Nov. 10. Joseph and Lobell were recently elected to serve on the Helena City Council for the 2016-2020 term. (File)

BIRMINGHAM–On Nov. 10, Alice Lobell and Laura Joseph of Helena attended a “crash course” in Birmingham on the complexities of administering municipal government.

The Orientation Conference for Elected Officials and Municipal Personnel is presented every four years in various locations throughout the state by the Alabama League of Municipalities. Approximately 30 percent of the mayors and council members who began four-year terms on Nov. 7 have never held public office; therefore, the quadrennial orientation conferences are extremely important.

Speakers at the one-day session represented the top legal and administrative authorities on municipal government in Alabama and covered topics such as the statutory and administrative requirements during the municipal year ahead, the legal status and powers of municipalities, the office of the mayor, council meeting procedure, the organizational duties of the council, conflicts of interest and ethics, appropriation powers of municipalities, borrowing powers and budgeting, auditing and fiscal reporting.

The role of the Alabama League of Municipalities in local government and League special programs were also discussed.

Mayors and council members were encouraged to enroll in the League’s Certified Municipal Official program, which consists of a series of continuing education programs designed specifically for elected municipal officials who voluntarily wish to receive formal training in municipal government.

The highest designation, Emeritus, can be achieved through a combination of continuing credit hours and points. Training opportunities are available throughout the year, and the basic certification can be completed in as few as two calendar years.

The Alabama League of Municipalities was organized in 1935 and since that time has served as the recognized voice of the cities and towns in Alabama.

Representing nearly 450 member municipalities, the League works to secure enactment of legislation enabling all cities and towns to perform their functions more efficiently and effectively, offers specialized training for both municipal officials and employees, holds conferences and meetings at which views and experiences of officials may be exchanged and conducts continuing studies of the legislative, administrative and operational needs, problems and functions of Alabama’s municipal governments.

By GRAHAM BROOKS / Staff Writer HELENA–Dozens of candles lit up one of the baseball fields at the Helena Sports... read more