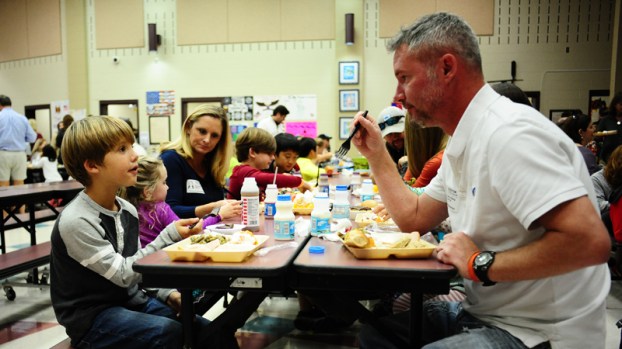 Greystone Elementary students thankful for family, kittens, everything in between

HOOVER – Parents and grandparents joined children at Greystone Elementary School on Nov. 16 for a Thanksgiving meal.

GES Principal Stacey Stocks said about 250 parents and visitors attended for an opportunity to eat a meal of turkey, dressing and other traditional holiday favorites with their children.

Third graders in Kathaleen Rogers’ class told what they are thankful for and what they enjoy about the Thanksgiving holiday:

•Talal Alazemi said he is thankful for school. “It has a lot of fun things to do like recess and gym,” Alazemi said and added that he has also enjoyed learning multiplication, such as nine times eight. “Now I know it’s 72.”