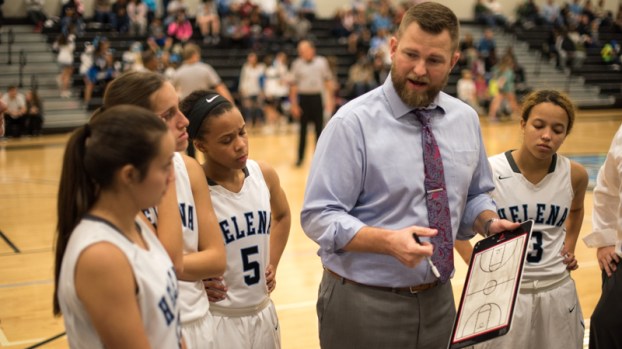 VESTAVIA–The Helena Lady Huskies traveled to Vestavia Hills on Thursday, Nov. 17, and despite not putting up gaudy offensive statistics, the Helena defense stood tough to defeat the Lady Rebels 34-24 in a low-scoring game.

Both teams struggled to score in the first half, as Helena was the only team to make it to double-digits after the first 16 minutes leading 11-8.

In the third quarter, Helena scored 14 points as Jordan Jones accounted for nine of those points and finished with 11 total points to lead all scorers.

Leading 25-16 heading into the final quarter, Helena was able to limit the Lady Rebels scoring opportunities to hold on for a 34-24 win to improve to 2-1 overall and 2-0 in away games this season.

“We did a good job defensively tonight. Nobody scored double-figures for Vestavia,” Helena head coach Alan Skinner said. “The thing I’m most happy about is how we did that and didn’t have anyone in foul trouble. Offensively, we shot ourselves in the foot most of the first half. We got good look, after good look and missed shot after shot. We picked up our pace and intensity in the second half and were able to get the win despite all of our offensive woes.”

Jenn Brown finished with eight points and Mary Elizabeth Laatsch and Mekhi Mayfield finished with five points a piece in the win for Helena.