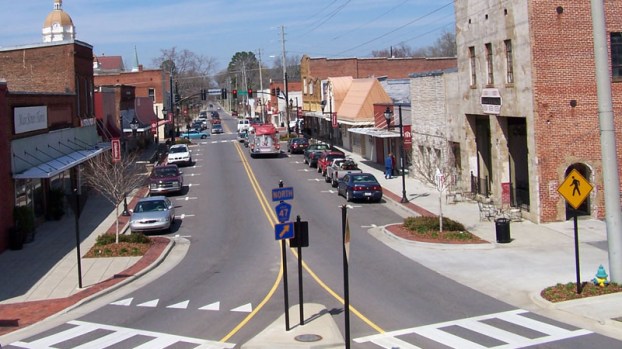 Construction on sewer lines is scheduled to begin in March 2017 and be completed by January 2018. (Contributed)

The city of Columbiana is planning to repair old sewer lines and build new ones before the end of 2017.

During the second project, a trunk sewer line that spans from Alabama 25 to Alabama 70 in Columbiana will be replaced by a 24 inch pipe. According to Lucas, the line is currently 15 inches in diameter. The sewer line behind the old Elastic Corporation building will also be extended in the case of future development.

A new pump station will be built at the Columbiana Environmental Services plant, which will connect to the new 24-inch sewer line.

“This should alleviate the stress on the older lines in town,” Lucas said.

For the third project, another sewer line on Main Street will be slip lined. A tube will be extended along the sewer line to coat the inside of the line to ensure that no waste will slip out through the cracks.

“That pipe has a lot of cracks in it. We know what the pipe looks like before we start the procedure on it,” Lucas said. “It’s going to look like a sock, and when you add steam to it, it will expand.”

According to Lucas, the city has been planning these projects for about four years. The budget for the projects was approved in October 2016. Lucas expects that the city will take project bids in January or February 2017 and begin excavating the sewer lines in March 2017. Lucas hopes that the projects will be completed by the end of 2017.

Lucas said the city typically faces issues with sewer lines during rainy seasons, and that there have been no recent problems due to the widespread drought in Alabama.

“The infrastructure is the heart of the city. Without the infrastructure, there is no potential for growth,” Lucas said. “This is going to benefit the city by allowing more capacity for future growth in our sewer lines. We’re hoping that this will also eliminate our back ups on the sewers if there’s a big rain storm.”

Alabaster Fire Department discourages use of turkey fryers during holidays

The Alabaster Fire Department held a demonstration on the dangers of turkey fryers at Alabaster City Hall on Nov. 22.... read more