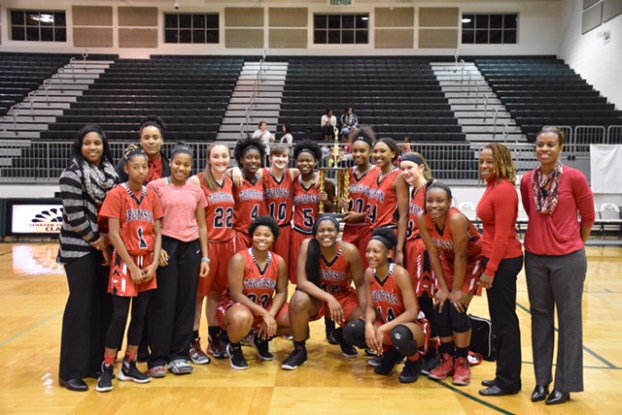 The Thompson girls’ basketball team won three consecutive games in the Mountain Brook Spartan Classic Nov. 19-22, to improve their overall record to 3-2 after a rough 0-2 start on the season. (Contributed)

MOUNTAIN BROOK – The Thompson Lady Warriors’ basketball squad went undefeated in the Mountain Brook High School Spartan Classic Nov. 19-22, to win an early season tournament championship. The Warriors were 0-2 heading into the tournament and came out with three consecutive wins to move to 3-2 on the season.

In game one Thompson took down Central Tuscaloosa by a final of 50-48. Despite giving up 18 points to Midfield’s Antiyocka Howard and a double double to Shunterius Stephens, who had 11 points and 12 rebounds, the Warriors were able to come out on top in the closely contested matchup.

The Warriors were able to win a little more comfortably in game two as they took down Midfield by a final score of 53-42. This time Thompson only allowed one double digit scorer by their opponents as Jemeriah Moore had 13 points.

Midfield outscored Thompson in the first quarter 7-6, but over the next two quarters the Lady Warriors took over and dominated the game. They combined for 31 points over the two quarter stretch and held the Patriots to just 17 points as they took a 37-24 lead into the final quarter of play.

Midfield took the fourth quarter 18-16, but that two-point differential wasn’t nearly enough as Thompson went on to win 53-42, which set up a tournament final with the Spartans.

In the final game of the tournament, Thompson played tournament host Mountain Brook with the title on the line. The Lady Warriors came out on top 63-51 behind Niya Oden’s game high 19 points. Lauren Black added 14 for Thompson.

The All-Tournament team featured Lauren Black, Kahyanne Bolton and Niya Oden, who was named the tournament’s most valuable player. This was a big shift in the season for Thompson after starting 0-2, head coach JoVanka Ward has her team playing with a lot more confidence now and will be tough to face moving forward. 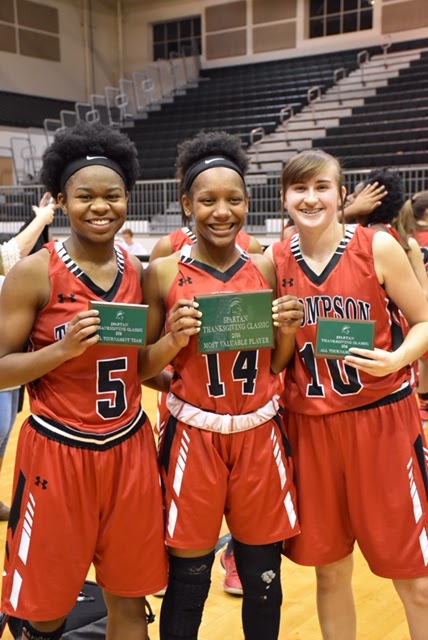 From left, Kayanne Bolton, Niya Oden and Lauren Black, were all named to the All-Tournament team. Oden was named the tournament’s MVP. (Contributed)

By ALEC ETHEREDGE | Sports Editor ALABASTER – Lindsey Fischer is currently a senior at Thompson High School, but has already made... read more