NORTH SHELBY – A North Shelby County man charged with impersonating an officer will have an initial court appearance Feb. 8, 2017, at 8:30 a.m. 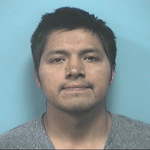 District Judge Daniel A. Crowson Jr. granted the request of defendant Ezequiel Navarrete to continue his initial hearing, which was originally scheduled for Nov. 30.

The request was made because Navarrete’s counsel, Marco Gonzalez, had a conflict.

Navarrete, 27, who lists an address off Cahaba Forest Cove in Birmingham, was arrested Oct. 24 and charged with impersonating a peace officer and giving false identification to a law enforcement officer.

He was booked into Shelby County Jail on Oct. 25 and released the next day after posting bonds totaling $16,000 for the two charges.

According to court documents, Navarrete “stated that he was an undercover police officer and did an act in that capacity…questioned individuals concerning the lack of a license plate on their vehicle” on Oct. 22.

Idea House to be open during Mt Laurel holiday event

MT LAUREL – The Mt Laurel Christmas Open House and Holiday Market was such a hit in 2015 that it... read more