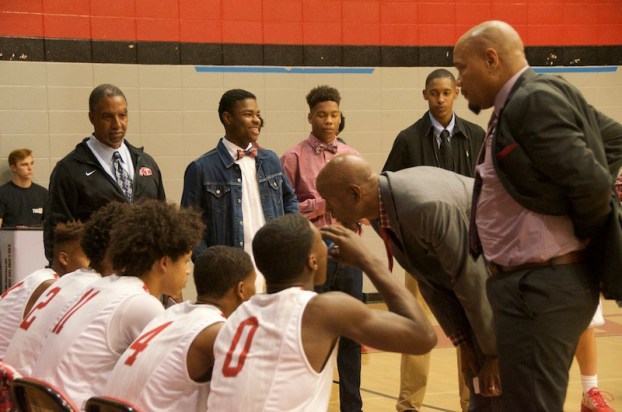 CENTER POINT – Thompson (2-3) competed in the first annual Heritage Classic Basketball Tournament at Center Point High School over Thanksgiving, which featured some of the top talent in the state including Midfield, Minor, Parker and Huffman. The tournament was a double elimination style bracket, meaning teams had to lose twice before exiting the tournament.

The Warriors opened the tournament with a 52-34 win over Altamont to advance in the winners bracket on Nov. 22.

Later that day they took on a tough Midfield team who was better than Thompson from the opening tip. The Patriots went on to win the game by a final of 75-46. Midfield took control early with an offensive explosion straight out of the gates outscoring the Warriors 23-16 in the first quarter. Midfield added on to their lead in the second quarter as they outscored Thompson 15-10 and took a 38-26 lead into the half.

The second half went very similar to the first with the Patriots coming out hot on the offensive end in the third quarter putting up 22 more points and holding the Warriors to 11 points. Then in the fourth almost identical to the second, Midfield outscored Thompson 15-9. The game was very consistent throughout and didn’t go the way the Warriors had hoped as they fell 75-46. The loss moved Thompson to the loser’s side of the bracket, where they would have to win or go home.

In the third game they took on a Ramsay team that was shorthanded because of injuries and football, but Thompson still ended up falling to the Rams 59-45, ending their tournament.

Unlike game one Thompson came out and controlled the first half as they took a 27-20 lead into the half. The Warriors outpaced the Rams 13-11 in the first quarter and 14-9 in the second. Things looked good for Thompson heading into the second half, but Ramsay came out of the locker room looking like a different team.

The Rams went on an 18-7 run in the third quarter to secure their first lead of the game at 38-34. They continued their hot offense and tough defense into the final quarter of play outscoring the Warriors 21-11, which gave them the huge 59-45 come from behind win. The Rams scored 39 second half points to take control and end Thompson’s tournament early.