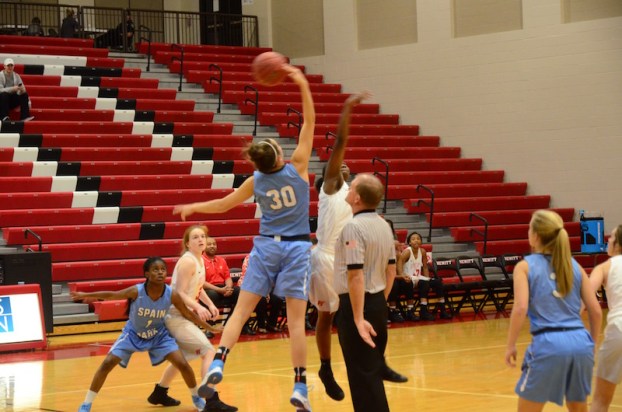 Lady Knights off to 3-1 start

The Westminster girls’ basketball team is off to a good start in the 2016-17 basketball season. After downing Holy Spirit Catholic High School 52-48 on Monday, Nov. 28, they moved their overall record to 3-1. The defense has held strong early on only allowing more than 48 points once in their 55-40 loss to Prattville Christian Academy.

Shelby County (2-3) improved their record after taking down Pelham 46-36 on Monday night. It marked the Lady Wildcats third consecutive road game dating back to a Nov. 15 matchup with Chilton County. They are currently 2-1 on the road trip and will eventually play a fourth consecutive road game against Moody before returning home to face Montevallo.

Eagles use offense to soar past Mortimer Jordan

The Oak Mountain Lady Eagles (3-0) continued their hot start to the season by taking down 5A Mortimer Jordan 72-37. The Eagles haven’t allowed a team to score in the 40’s this year, while they have scored at least 42 in every game.

Sparkman too much for Spain Park

The Jags (4-2) were coming off of a Bryant Bank Classic Championship as they hosted a good Sparkman team who has already played 11 games and is off to a 10-1 start on the season. The first half was competitive as Spain Park only trailed 26-23 at the half, but Sparkman ran away with it in the second half. They outscored the Lady Jags 37-17 in the half after going on a 17-6 run in the third quarter and a 20-11 run in the final quarter to win 63-40. Claire Holt led Spain Park with 12 points, while Ahrielle Parks also pitched in 11.

The Lady Warriors, coming off of a championship of their own, also fell on Monday night at the hands of Hillcrest-Tuscaloosa 48-37. The first quarter was a big reason why as they were only able to put three points on the board. The good news was they only gave up seven points in the quarter. In the second quarter both teams found their offense as Thompson scored 16 points and Hillcrest tallied 18. Thompson wasn’t able to overcome the six-point halftime deficit in the second half. Brittany Grice led the Warriors with 12 points while Niya Oden added 10.