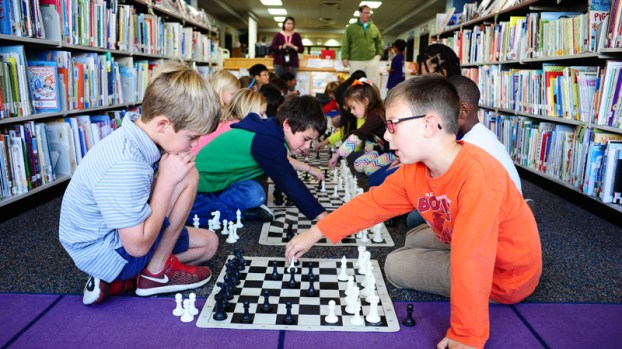 HOOVER – Students at Greystone Elementary School discovered how much fun learning can be during Brain Games.

The week kicked off with a special guest speaker, the creator of OSMO and the game apps that go along with it, on Nov. 14. 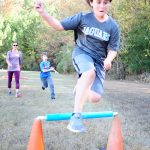 The rest of the week was filled with activities that were both fun and educational.

There was even a sheep brain dissection demonstration, which is something students usually do not experience until later in their school careers.

Giant board games were installed outside the school for Brain Games.

On Nov. 16, the school held its annual Turkey Trot run sponsored by the physical education departments.

For the Turkey Trot, parents were invited to come run with their children on a course that included hills and obstacles.

The school gets involved with Get Moving Alabama, National Run at School Day and the Mercedes Marathon.

For the Mercedes, students log 25.2 miles of running at the school and then join other students from around the area for the annual race.

Mandy Fox, who organizes Brain Games, said the effort is a way to allow students to learn outside of the typical classroom setting.

“We try to foster a growth mindset,” Fox said. “You can continually make new connections and grow. There is no saying, ‘I’m bad at math.’ You just haven’t gotten it yet.