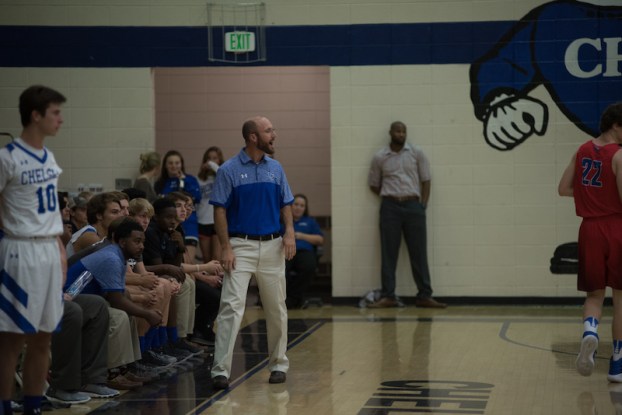 The Chelsea Hornets have lost four of their last five games, but three of them have been by three points or less, including two one point losses. (File)

TUSCALOOSA – The Chelsea Hornets (5-4) lost another close game when they traveled to take on Tuscaloosa County in an out of class matinee matchup on Monday, Dec. 5.

The 51-48 loss marked Chelsea’s fourth of the season and its third by three points or less, meaning they could very easily have just one loss.

Tuscaloosa county jumped out to an 11-7 first quarter lead behind some great defense. They continued the hot start in the second and held a 27-18 lead before the Hornets’ Will Rowser hit a basket at the buzzer to cut the Wildcats lead to seven at 27-20 heading into the half.

Whatever halftime adjustments Chelsea made, worked because they came out in the third quarter and went on a 16-6 run to snatch Tuscaloosa County’s lead away at 36-33.  The Hornets hit four of their seven three pointers in the quarter to account for 12 of the 16 points.

The fourth quarter was a back-and-forth affair with neither team doing much to separate themselves, but the lack of free throws made for the Hornets was the last straw for Chelsea as they were outscored 18-12 in the quarter and went on to lose 51-48. For the night, the hornets were 5-13 on free throws, which was only good enough for 38 percent from the charity stripe.

Joseph Lanzi continued his strong start to the season with 22 points to lead Chelsea. Seven other players scored for the Hornets, but none had more than five points.

Chelsea, who started out 4-0, has lost four of its last five games, but with three of them being by three points or less, they have at least established that they will be a tough team to beat.