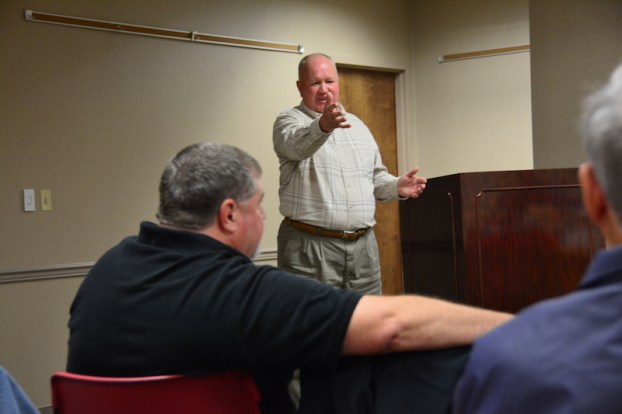 Davis and the Commission received a letter prior to the meeting requesting that the first case on the dicket be dismissed. The original request was from property owner Sheila Vaughn and was regarding approval of a change in the zone district boundaries from A1, Agricultural District to B-2, General Business District, for approximately 7.1 acres along Valleydale Road for the development of commercial business. The request to dismiss the case was unanimously approved.

The second case on the agenda was from Doug Edelman, owner of Village at Highland Lakes, Inc., and was a request for approval of an Amended Master Plan for the Village at Highland Lakes to “reconfigure portions of the proposed subdivision to accommodate necessary grading.” A handful of curious homeowners from the Highland Lakes community were on hand, but no questions were asked during the meeting, as a request had been submitted for the case to be continued until the next Planning Commission meeting.

Wayne Standifer, a project manager for Edelman Development Corps, was on hand to explain why the continuance was requested.

“There were too many questions (from homeowners),” Standifer said. “We feel it’s our job to tell you exactly what we’re trying to do.”

Standifer relayed that Edelman Development Corps is in the process of setting up meetings with individual sectors to better explain their intentions for the area, which is located in the Chelsea North – Dunnavant Valley South – Westover North Zoning Beat.

Davis mentioned his appreciation for the emphasis placed on interacting with the homeowners, and the motion to continue the case until January 17 was unanimously approved. The meeting adjourned at 6:10 p.m.

The next Shelby County Planning Commission will be Jan. 17, 2017.

FROM STAFF REPORTS WESTOVER–A single-vehicle crash on Friday, Dec. 2, at 4:09 p.m., has claimed the life of Sterrett man.... read more