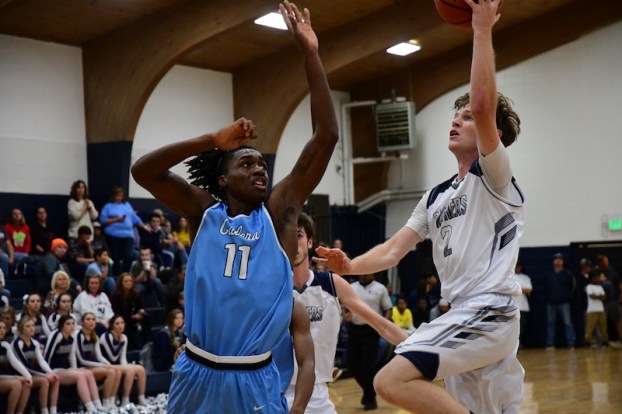 JEMISON – The Jemison Panthers (5-3, 0-2) lost to the Calera Eagles (4-4, 1-0) with a final score of 57-43 in a game that started out raucous and ended in silence. The win marked the third consecutive for the Eagles, and their first area win of the season.

From the opening tipoff, the crowd was rowdy and the teams fought hard for points. The defense of both teams held strong during the first period, which ended with a narrow Calera lead at 10-7.

This soon changed as Calera took a wide lead in the second period. The Eagles took three points from free throws and pushed to the basket harder than in the first, putting up 19 points to Jemison’s seven. The half ended with Calera leading 29-14.

The Panthers came out of the locker room with the same agenda and had a strong third period, but their frustration started to show as the Eagles maintained a 39-28 lead.

Jemison was able to close the gap early in the fourth period with two buckets by Ryan Thompson and a 3-point shot from both Ty Leachman and Eric Evans. The Panthers were back within range of a comeback at 44-38 with 5:20 left in the game.

Then, spats among Jemison teammates arose after the score gap grew again due to a turnover for travelling and a significant number of points for Calera due to penalties.

Despite a stronger performance for the Panthers in the second half, in which they scored 29 points to Calera’s 28, the team was unable to pull off a victory. The clock ran out on a Calera lead at 57-43.

By GRAHAM BROOKS / Staff Writer NORTH SHELBY–In a game where points were hard to come by and strong defensive... read more