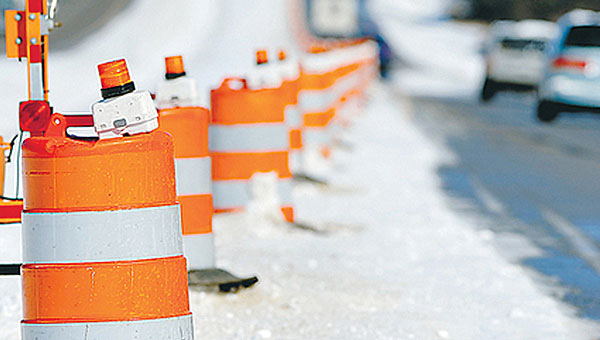 A project to widen Interstate 65 from Pelham to Alabaster likely will be bid in early 2017, according to an Alabaster state senator. (File)

I-65 widening project set to bid in February

ALABASTER – The Alabama Department of Transportation is set to bid a project in early 2017 to widen Interstate 65 between the U.S. 31 exit in Alabaster and the tank farm exit in Pelham, according to state Sen. Cam Ward, R-Alabaster.

During a Dec. 7 interview, Ward said the project likely will be bid in February 2017, with the contractor beginning construction shortly thereafter.

The next phase of the widening plan calls for I-65 to be expanded to six lanes between Exit 238 in Alabaster ­– which is the Propst Promenade shopping center exit ­– and Exit 242 in Pelham – Which is the tank farm exit.

Ward said once construction begins on the widening project, it likely will take about a year to complete.

“If you drive on that stretch of 65 now, you can already see the stakes marking the right-of-way for the widening project,” Ward said.

The project bidding will come a little more than a year after Alabama Gov. Robert Bentley ordered in December 2015 the widening project to be fast-tracked by ALDOT.

In November 2015, ALDOT published its five-year plan outlining several road projects it plans to complete over the next few fiscal years. While several Shelby County projects were on the list, the I-65 widening project was not budgeted until 2020.

After seeing the plan, Alabaster leaders contacted local legislators, who brought the matter to Bentley’s attention

“Today, I have ordered the Alabama Department of Transportation to place the Shelby Co. I-65 project back on the 5 year plan. There will be no delay,” Bentley Tweeted on Dec. 8, 2015.

Traffic often bottlenecks, particularly during the morning and evening rush hours, near exit 242 where the interstate narrows from six lanes to four lanes.

“We’ve got a lot of road projects coming up in Shelby County, but widening 65 is by far our biggest need right now,” Ward said.

Third-graders perform songs of the season