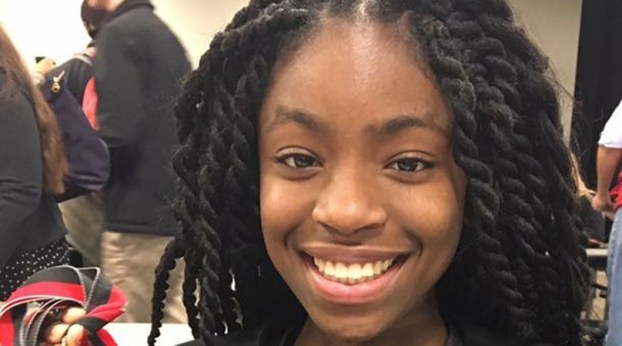 According to CHHS teacher and Debate Team sponsor Jessica Newman, Thomas won four rounds of Lincoln-Douglas debates, which are a type of one-on-one debate practiced at high school debate tournaments.

“She was the only one in the Varsity Lincoln-Douglas debates to do that,” Newman said.

Newman said Thomas faced several issues with her debate techniques during her freshman year, and her improvements have not gone unnoticed.

“Now that she’s [competing on the varsity level], a lot of debate coaches from other schools have come to me and commented about how much she has grown. They’re really surprised that she’s only a sophomore,” Newman said. “Last year she could be a bit aggressive. This year, all of the feedback has been positive and we’re not seeing anything this year like she was seeing last year. She really takes the judges’ critiques to heart.”

Newman said students are ranked by degrees, which is determined by how many tournaments a student has participated in and how many rounds they have won. Newman currently holds the excellence degree.

“She’s the type of debater that actually cares about what she’s doing and really tries,” Newman said.

Judging by how Thomas has performed as a sophomore, Newman said she expects Thomas to go far with the CHHS Debate Team.

“She has this year and two more years to really become a strong debater.” Newman said. “I haven’t had a student qualify for nationals yet, but she has the potential to make it to that point, at least by her senior year.”

Newman said this is the first time students have traveled out of state for a tournament.

“We’re always looking for ways to find funding for debate tournaments, and the [Shelby County School System] is awesome about helping us, but transportation and hotel costs can add up.” Newman said. “We’re going out of state for the first time, and I’m happy and excited about it.”