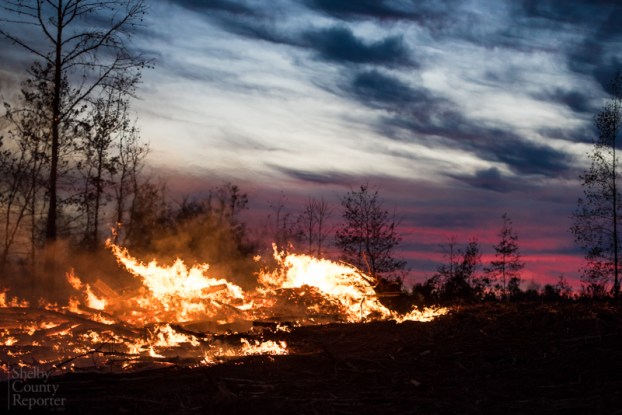 The Alabama Forestry Commission assisted firefighters with 16 forest fires in Shelby County while the burn ban was in effect. (File)

Gov. Robert Bentley and Interim State Forester Gary Cole declared the statewide Drought Emergency Declaration is no longer in effect as of Monday, Dec. 5. The ‘No Burn’ Order had previously been in effect since Nov. 7.

According to Alabama Forestry Commission officials, the ban was lifted after the state of Alabama received a significant amount of rainfall during the previous days.

East Central Regional Forester Bruce Springer said the state of Alabama also received some rainfall during the week prior, but it was not enough to end the ban.

Springer said the Alabama Forestry Commission assisted fire departments with 16 forest fires that covered 248 acres in Shelby County, and the number of recorded fires improved as more people became aware of the “no burn” order.

“It usually took a few weeks for people to become aware when the burn ban was first issued,” Springer said. “[The number of] fires dropped dramatically, but we still had fires.”

According to Springer, there would have been more if the burn bad had not been in effect. Since the ban was declared, there have been no deaths or injuries related to forest fires in Shelby County.

“Without the burn ban, there would have been hundreds of extra fires in the county,” Springer said. “We’re glad that we were able to stop the fires with no injuries.”

While the ban has been lifted, Springer said the state of Alabama is still in a drought. The Alabama Forestry Commissions will continue to monitor drought conditions, and will re-issue a Fire Alert, and then another statewide Drought Emergency Declaration if necessary.

Since the ban has been lifted, Springer said the Alabama Forestry Commission has received a positive response from Alabama residents.

“We’ve gotten a lot of positive feedback,” Springer said. “We had been receiving a lot of requests to lift the ban, because people want to burn things.”

Springer also reminded Shelby County residents permits are required for any controlled burn that covers more than a quarter acre of land or occurs within 25 feet of a forested area. Burning without a permit is a Class B felony. Violators could face up to $3,000 worth of fines and/or up to six months in jail. Burn permits can be acquired by calling 1-800-392-5679.

“We appreciate everybody’s patience. As long as we get rain every few days, we’re going to be okay,” Springer said.