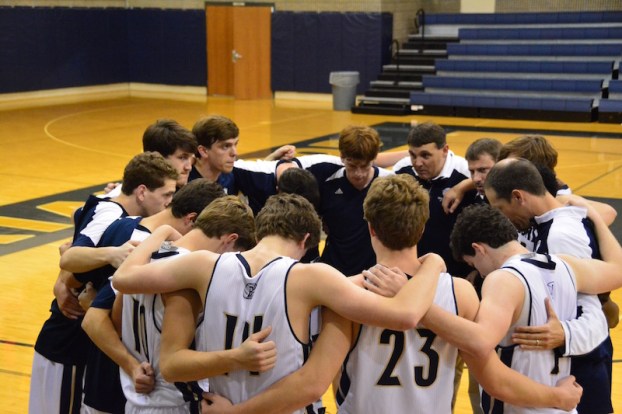 Friday, Dec. 9, brought us the best night of basketball we have had in the county since the 2016-17 season started. Six teams won in all, while five ended up losing. (Reporter photo/Alec Etheredge)

The Hornets moved to 7-4 on the season with a win over in-county foe Shelby County on Friday night. The first quarter was a close contest as Chelsea only led 8-7 after the quarter, but in the second, Chelsea picked up the defensive pressure. They took a 31-14 halftime lead and didn’t look back as they went on to win 62-35. Joseph Lanzi led the way for the Hornets with 12 points. Mathew Marquet also added 12 and Tyler Coleman chipped in 10 to give Chelsea three double-digit scorers on the night. Shelby County was led by JT Owens with seven points.

The Vincent Yellow Jackets (7-3, 1-0) are one of the surprises early in the season. They haven’t played the most difficult of records, but are still proving they will be a factor this year. Vincent got its seventh win of the season on Friday when they took down Fayetteville 64-24. They used a 22-1 second quarter and a 15-4 third quarter, which was a run of 37-5 over the two quarter stretch, to run away with the game. Stephen Campbell led the way yet again with 23 points for the Yellow Jackets on 10-13 shooting from the field. He also had an impressive six steals on the night. Tyler Hayes and Doug Bowman added nine and eight points, respectively, for Vincent.

The Briarwood Lions (5-5, 1-0) picked up their first area win in as many games when they took down the Moody Blue Devils 62-50 in a road contest on Friday night. The Lions had a slow start to the season, mainly due to many of their starters playing in the football playoffs, but they have since picked up the pace and won two consecutive games.

Helena (6-3) is a silent, but deadly team in the state right now. Nobody has been talking about the Huskies, but they have quietly won three games in a row and five of their last six after beating Walker 58-48 on Friday night. Two of Helena’s three losses have been to 7A No. 1 Mountain Brook, who is the best team in the state and their other loss came at the hands of an improved Vestavia team.

The Calera Eagles (5-5, 1-0) have struggled early in the season, but picked up a huge upset win over Class 3A No. 3 Montevallo (6-2) on Friday night. The Eagles pulled away late in the fourth quarter to take down the Bulldogs 66-59. The loss snapped a five game win streak for Montevallo, while the Eagles won their second straight and got to .500 on the season.

For the first time this year the Eagles were held to under 40 points in a game as they fell to Vestavia Hills 53-39.  Oak Mountain has now lost three of its last four games after dropping games to Thompson and Helena in the last week as well. One thing has been consistent for the Eagles this year – if they score less than 50 points, they have struggled. The Eagles have scored 49, 40, 46, 40 and 39, only winning the game they scored 49 in.

The Spain Park basketball team (5-5) traveled to Jacksonville State’s Pete Mathews Coliseum to take part in the TV-24 Showcase on Saturday, Dec. 10. The Jags took on Gadsden City in the tournament and went on to lose their third straight game as they fell to the Titans by a final of 56-46. Gadsden City isn’t a bad team and Spain Park’s other two losses during the current losing streak are to 7A No. 7 Sparkman and 6A No. 1 Pelham, showing that the Jags have played one of the toughest schedules in the state to start the season. Spain Park doesn’t suit up again until they take part in the Wallace State Christmas tournament, which starts Dec. 19.

By ALEC ETHEREDGE | Sports Editor The first ASWA basketball rankings of the 2016-17 basketball season have been released and... read more