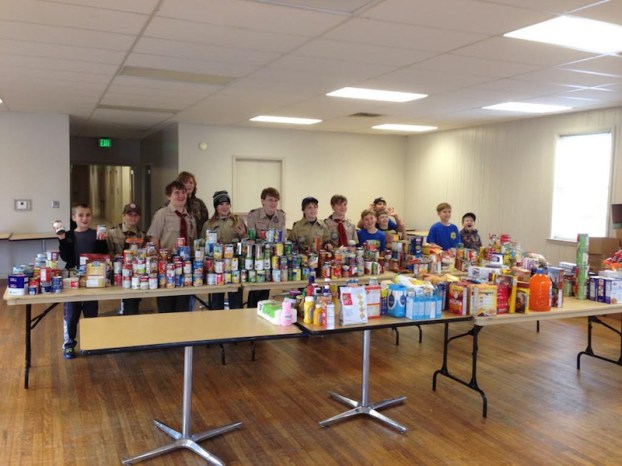 The Columbiana Boy Scouts, Girl Scouts and Cub Scouts are about to kick off their annual food drive, and they are asking for help from the people of Columbiana.

For over 15 years, the scouts have been instrumental in collecting non-perishable food items to help families in need.

As in previous years, the scouts will provide donation bags to residents of Columbiana in advance, and will pick them up on Saturday, Nov. 19 beginning at 9 a.m.

The food drive is a project for three local scout groups: Cub Scout Pack 560, Boy Scout Troop 560 and Girl Scout Troop 564. This is the first year for the girl scouts to be involved.

Troop 560 Scoutmaster David Davis has been helping the scouts with this food drive for 15 years, and he is pleased with how successful the event is each year.

“We usually put out 400 bags and we usually get back donations in 300 of them,” Davis said.

Thousands of items on average are collected each year.

The items collected are distributed to needy families in time for the Thanksgiving holiday.

Davis said that the food drive has become a tradition that people in town look forward to each year.

“Everybody in Columbiana knows we’ve been doing this drive every year,” Davis said.  “People are on the lookout for the donations bags.”

For more information about the food drive, contact David Davis at 669-6736 or by email at

By JENNIFER MAIER / Community Columnist There is something so comforting about quilts. Not only are they cozy, but they... read more