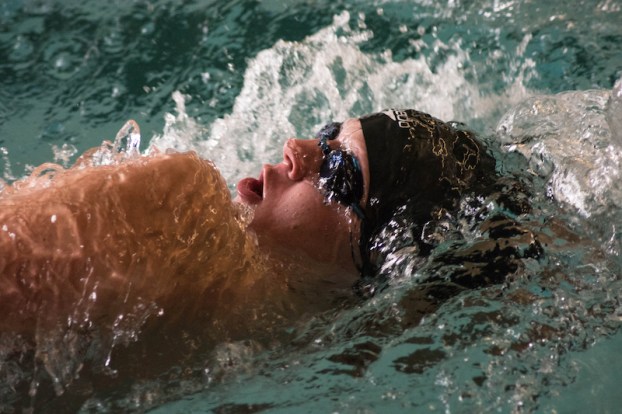 Briarwood’s Sadler McKeen won two individual championships in Auburn over the weekend in his last state championship appearance before heading to Notre Dame next year. (Contributed)

AUBURN – The AHSAA State Swim and Dive Championships took place in Auburn over the weekend. While no team in the county won an overall state championship, several teams made it to state, which is an accomplishment amongst itself and several had strong individual performances as we saw Sadler McKeen of Briarwood Christian School win two individual races and Rachel Cunningham of Spain Park win one event.

Over on the 6A-7A side of things, the Spain Park boys came in seventh with 130 points, while the Lady Jags finished 10th with 91 points. The Chelsea Hornets finished 26th in the guy’s standings with three points.

Westminster junior Olivia Brookins finished third in the 1 Meter Diving finals of the 1A-5A division. She had a score of 179.60 in finals 127.55 in the prelims.

Spain Park had two guys finish in the top five of the event in the 6A-7A division with Zach El-Fallah finishing in third with a score 246.70 in the prelims and 345.30 in the finals. Freshman teammate Jon Picket finished right behind El-Fallah in the four spot after posting scores of 253.50 finals 181.35 prelims.

Briarwood senior Sadler McKeen, a Notre Dame commit, won the boys 200-yard freestyle in the 1A-5A division with a time of 1:37.84, which was .26 off state record. Teammate Mason Mathias finished fifth in the event with a time of 1:48.38.

Spain Park freshman Ward Lockhart finished fifth in the 6A-7A boys final with a time of 1:49.17.

Freshman Carson Desocio of Indian Springs finished eighth in the boys 1A-5A race with a time of 24.05.

The Briarwood Lions finished third in the boys 200-yard freestyle relay of the 1A-5A division with a time of 1:3738. The Lions were led by Mathias, Thomas Dillard, Brooks Souders and McKeen at the anchor.

Westminster’s Lemons finished sixth in the 1A-5A 100-yard backstroke with a time of 58.81. Justin Zhang finished sixth for Spain Park in 6A-7A division with time of 55.79.

In an extremely tight race, Rachel Cunningham won the girls 6A-7A 100-yard breaststroke race with a time of 1:04.19. Cunningham won by .10 seconds over Annie Dallas from Auburn, while the top four finishers were within .80 seconds of each other.

The Lions had another strong performance in the 400-yard team relay as they finished in third with a time of 3:36.00 in the 1A-5A race. Westminster finished seventh in the race after posting a time of 4:00.26.

In the girls races, the Westminster Lady Knights finished seventh in the relay with a time of 4:11.75 in the 1A-5A division, while Spain Park took eighth in the 6A-7A race with a time of 3:30.97.