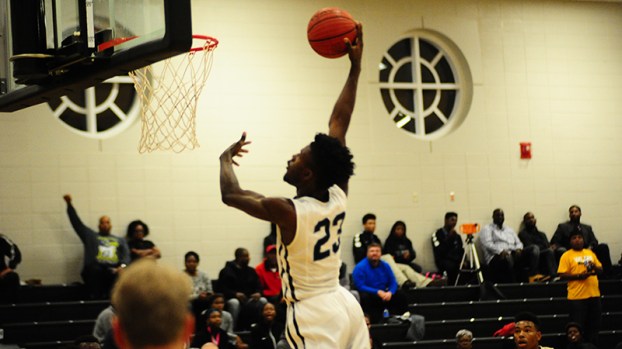 HELENA–Helena Huskies senior forward Jon Brown has reached a milestone on the HHS basketball team by surpassing 1,000 points in his career.

Brown has been the leading scorer for the Huskies the past two seasons and is once again having a stellar season as a senior.

Brown surpassed 1,000 points on Friday, Dec. 9 in a game against Walker and became the first player in Helena High School history to accomplish the feat as Helena won the game 58-48.

In his junior season, Brown helped lead the Huskies to a second straight playoff appearance while finishing with 13.3 points, 6.6 rebounds and 2.5 assists per game, earning him 2015-16 All-County honors.

Brown is currently committed to play basketball at the collegiate level for the University of North Alabama Lions.

Brown said his decision to commit to UNA was based on a number of factors.

“Just the coaching staff, the facilities and it’s a nice campus and I can see myself there,” Brown said in a Sept. 6 phone interview. “Once Payton (Stovall) committed, I was like yeah I want to go there because I think me and him have a chance to play really well together.”

Brown said some of his goals for his senior season are to be more of a vocal leader on the court, having fun in his final high school season and trying to win a state championship.