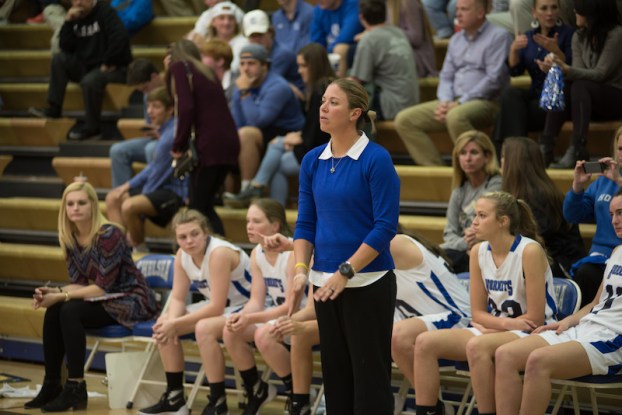 Chelsea took down Leeds on Monday, Dec. 13, behind a strong defensive effort. The Hornets outscored the Greenwave 50-11 over the final three quarters. (File)

Lady Hornets get back on track

CHELSEA – For a couple of weeks there, the Chelsea girls’ basketball team had its train derail off course, but on Monday night, Dec. 13, the Lady Hornets were able to get back on track in a big way when they took down the Leeds Greenwave 69-27.

Leeds hasn’t been a great team this year so the win itself wasn’t the impressive part, but how they went about the win that should get some confidence back into the Hornets after losing three games in a row and four of their last five.

In the first quarter things didn’t quite go according to plan even though Chelsea (7-4) ended up escaping the quarter with a 19-16 lead. The Hornet’s offense did its job scoring almost 20 points in the quarter, but it definitely wasn’t the defensive effort head coach Lori Weber had hoped for.

It was clear that a change had been made in the second quarter and a trend had been set that continued throughout the rest of the game. The Chelsea offense was there to stay and the defense had shown up as well. In the second quarter the Hornets outscored the Greenwave 24-5 and took a 43-21 lead into the half.

Chelsea continued the strong play into the second half and looked even better on the defensive end. The Hornets went on a 16-1 run in the third quarter alone to take a 59-22 lead.

Even though there was very little chance of Leeds having a 37 point fourth quarter, Chelsea didn’t stop with the effort only giving up five more points in the final quarter of play. Over the last three quarters of the game, Chelsea outscored the Greenwave 50-11.

Nine different players scored for the Hornets in the 69-27 win including two double digit scorers.

It’s no shock that Michaella Edwards had another double-double, her eighth of the year, posting 35 points on 9-20 shooting from the field and 15-19 from the free throw line. She added 11 rebounds to give her the double-double as well as five steals in the game. Chelsea combined for 46 rebounds including 20 on the offensive end of the floor. Jordan Parker added 13 more points for the Hornets, while Allie Miller added six assists and three steals.

Overall in the game, Chelsea turned the ball over 11 less times than they did the night before in a tough loss to Tuscaloosa County. They shot 68 percent from the free throw line and 40 percent from the field.

By ALEC ETHEREDGE | Sports Editor CHELSEA – Chelsea started the 2016-17 season about as hot as they could, winning... read more