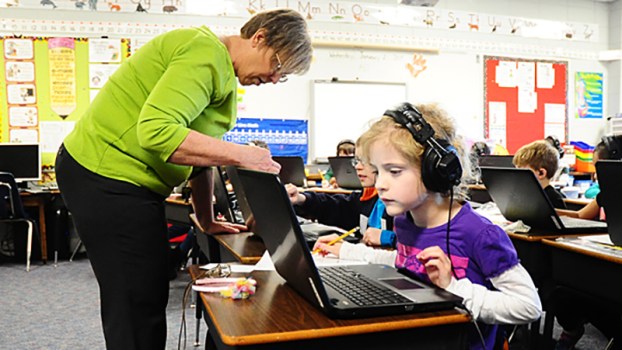 The Shelby County Schools technology program recently got a $362,500 boost from the state legislature.

The funds are Shelby’s portion of the Alabama Ahead Act, which passed the legislature last year. Under the bill, each public Alabama school district receives a share of a $15.5 million fund to install wireless networks.

Lawmakers included provisions in the bill that ensure local districts also apply for federal E-Rate dollars to help pay for their networks. So far, Alabama has gained $3 in federal funds for every $1 issued by the Alabama Ahead Act.

In addition, the bill took into consideration that some systems, such as Shelby had already invested in wireless.

“For several years our priority has been to increase the use of technology in the classroom. But, you can’t get much use out of laptops and tablets without a good wireless network so we went ahead and made that investment,” Technology Coordinator Susan Poling said. “Back then, the E-Rate program was funding few, if any, infrastructure projects and the state hadn’t yet considered funding this type of capital project.”

Because Shelby County met the wireless standards required by the bill, it can put its funds towards other technology projects. The district plans to upgrade outdated network components apart from the wireless and purchase Chromebooks for students with its allotment of funds.

“We were just awarded $278,646 from the E-Rate program, which will offset the cost of the local area network upgrades. The Alabama Ahead Act money will provide the required match,” Poling said. “Without the state funds we would have been faced with a decision — perform the much-needed upgrades to the wired portion of the networks or buy devices for students.  Now we can do both. Between both funding sources, we now have over $640,000 to invest in our technology program.”

Representatives Bill Poole of Tuscaloosa and Donnie Chesteen of Geneva sponsored the bill in the House. The Senate sponsors and originators of the Alabama Ahead Act were Senator Gerald Dial of Lineville and Senator Jim McClendon of St. Clair Springs.

“We are very appreciative that legislators from across the state took the time to really study this project and talk to us about our needs,” said Shelby County Schools Superintendent Randy Fuller. “In doing so, systems like ours, that had used local funds to install wireless, were not left out of the bill. Our schools are happy with their wireless and even happier now that we can put more mobile technology into the hands of our students.”

By GRAHAM BROOKS / Staff Writer COLUMBIANA–Any woman wishing to learn skills and tips on how to defend themselves in... read more