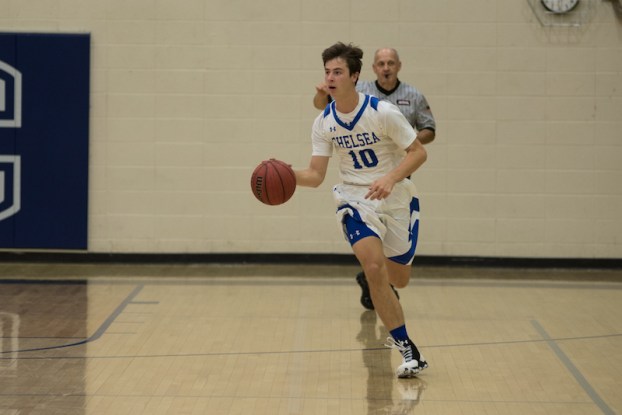 Chelsea had two double-digit scorers and was able to hold off Thompson 62-50 after jumping out to a 33-11 halftime lead. (File)

Chelsea holds on for 4th in a row

ALABASTER – Chelsea took to the road on Thursday, Dec. 15, to take on 7A county foe Thompson at Thompson High School. After jumping out to a big first-half lead, the Hornets were able to hang on down the stretch for a 12-point 62-50 win over the Warriors.

The 10th ranked Hornets (9-4) have now won four games in a row behind a balanced effort from the entire team.

In the first half, Chelsea looked every bit of a 10th ranked team jumping out to a 17-8 first-quarter lead.

In the second quarter they accelerated even more as senior standout Joseph Lanzi scored nine of his team high 15 points in the quarter. The Hornets defense also stepped up not allowing a single field goal and only giving up three points to Thompson (3-9) as Chelsea went on a 16-3 run and took an impressive 33-11 lead into the half.

Thompson head coach Kelly Cheatham is no stranger to success and motivating his team to play and clearly he did just that at halftime as the Warriors came out in the second half with a purpose.

In the third quarter, the Warriors offense caught fire posting 21 points to Chelsea’s 15 as they had cut into the Hornets large halftime lead. Still trailing by 16, 48-32, Thompson needed a strong fourth quarter to win, but they had at least clawed their way back into the game.

The Warriors outscored the Hornets again in the fourth posting 18 more points in the quarter bringing their total second half points to 39, which more than tripled the first half total. The deficit they created in the first, however, was much too large to overcome as they gave up 14 fourth quarter points to Chelsea, who was able to hang on for the 62-50 win. The margin was a lot closer than it probably should have been, but give credit to the Warriors for hanging strong and fighting back.

Lanzi’s 15 led Chelsea, while junior Josh Hanna added 12 points to give the Hornets two scorers in double figures. Sam Towery also chipped in with eight points as 10 different players scored in the contest. That marks several games in a row now that they have had at least 10 players score a point.

Thompson also had a strong offensive output as Jaylin Wilson scored 19 for the Warriors and Drew Thomas added 17.

By ALEC ETHEREDGE | Sports Editor While things were a little more chaotic in this week’s guys rankings with seven... read more