By Michael J. Brooks / For the Reporter

NORTH SHELBY – Shelby County resident Linda (Lin) Berry said her book, “How to Be Happy…From the Heart of God,” was in the making for about 15 years. 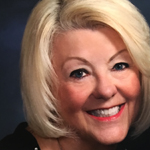 “I was in marketing for several years and traveled a lot,” she explained. “I took my Bible with me and began to notice how often the word ‘happy’ was written in scripture. I marked these verses and began to see how the promise of happiness was given in so many areas of life, so I began a wonderful journey.”

Berry’s book is a study guide and workbook, she said, and readers can use it as a daily devotional guide in the new year or use it for an in-depth study that would encompass several months.

“I found 100 verses on happiness that cover about 20 topics,” Berry said. “These topics include marriage, finances, homemaking and others. Readers are challenged to apply the promises to their lives, to pray and to make a plan to appropriate God’s happiness.”

Berry said her journey from her native Detroit to Birmingham was part of God’s plan for her life.

The daughter of Billy Graham, Anne Graham Lotz, planned a “Just Give Me Jesus” crusade event in Detroit, and Berry volunteered to be on the planning team.

“It was a great success,” she said. “Anne draws 10,000-20,000 people to these events, and many people came to Christ. And Anne and I hit it off. She called me one day in 2008 and said she wanted me to pray because she needed a personal assistant. I promised to pray for her, but then she told me I misunderstood. She felt I should be her assistant.” 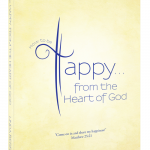 Berry agreed and spent four years traveling with the organization throughout America and overseas to Norway, Dubai and other nations.

Berry worked with Lotz for four years and then determined to move to Alabama where her children had come to run a car dealership in Hoover.

“They had my grandchildren with them,” she said with a laugh.

In Birmingham, Berry again volunteered, this time at The Church of the Highlands, to help with the Grow Network.

“We try to help other pastors and congregations to grow,” she said. “The Highlands story is fantastic since the organization has grown to some 50,000 members in the last 15 years. We make all documents we have available without charge, and also sponsor local and national training events to encourage others.”

Berry said the Grow Network is active in 16 countries and involves some 5,000 churches.

Berry said working on her book was exciting and an “emotional roller coaster.”

“I thought Zondervan Publishing would be a good fit, and I sent the book to them,” she said. “And they were interested and published it in their WestBowPress subsidiary” (WestBowPress.com).

She said the response has been most gratifying.

“People thank me and tell me how much the study has helped them,” she said. “That makes it all worthwhile.”

“How to be Happy…from the Heart of God” is available from national booksellers and also from four local outlets: The Church of the Highlands, English Ivy in Lee Branch, Smith’s Variety in Mountain Brook and Davis Drugs in Columbiana.

Berry lives with her husband, William, in Greystone.

More information is available on the book and Berry’s speaking ministry at HappyfromtheHeartofGod.com.