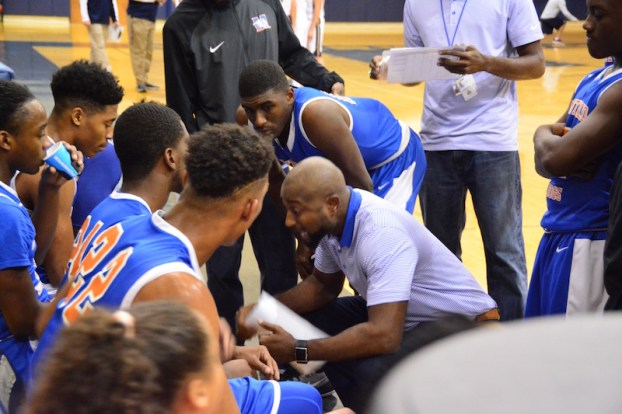 Montevallo took down Southside-Selma on Thursday, Dec. 15, to move to 1-0 in area play. (File)

Montevallo goes to 1-0 in area play

SELMA – Montevallo got back on the winning track after dropping a game to Calera Dec. 9, by taking down Westminster 68-35 on Dec. 13. Now they’ve continued that success by winning their second in a row on Thursday, Dec. 15, and this time over area foe Soutside-Selma.

The road victory for Montevallo (8-2, 1-0) marked the seventh win in eight games for the Bulldogs as they took down the Panthers in a closely contested game 64-56 behind the team’s leading scorer and rebounder Da’Shaunte Smith, who came up one rebound shy of a double-double as he posted 31 points and nine rebounds in the contest.

The exciting contest that came down to the end of the game started off strong in the first quarter as both teams brought their offenses to play combining for 39 first-quarter points. Montevallo held the lead after one, but only by one point at 20-19.

Continuing their strong play, the Bulldogs extended their lead in the second quarter outscoring Selma 13-8 to take a slight 33-27 advantage into the half.

Adjustments were made by the Panthers during the break as they came out in the second half on a mission to steal the lead, which they almost did, but settled for a 45-45 tie to create a deciding fourth quarter.

In the fourth the Bulldogs clicked into a new gear as the offense couldn’t miss and the defense shut down Southside outscoring the Panthers 19-11 to run away down the stretch for the 64-56 final.

Smith’s 31 points and nine rebounds led the way for Montevallo. Tavarus Hall also had a big game for the Bulldogs adding 19 points and six rebounds. D. Griffin led the Panthers with 17 points in the game.

By ALEC ETHEREDGE | Sports Editor WINTERBORO – Vincent has been led by some tremendous performances from Stephen Campbell this... read more