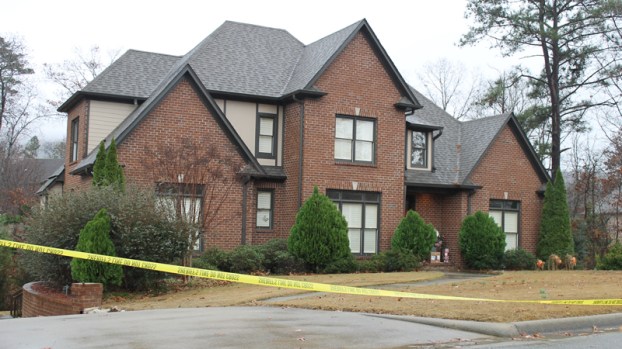 A 37-year-old mother of two was murdered in her Highland Lakes home on Wednesday, Dec. 14, according to police. (REPORTER PHOTO/LAYKEN RUBIN)

A North Shelby County murder victim and her alleged killer had been friends and business partners for “many years,” Sheriff John Samaniego said in a press conference about the case on Friday, Dec. 16.

Adam Michael Burrus, also 37, of Chelsea was arrested Thursday, Dec. 15, was charged with murder and is being held in the Shelby County Jail with bond set at $500,000, according to police.

Samaniego, speaking at the Sheriff’s Office’s North Substation off U.S. 280 in Greystone, said investigators developed Burrus as a person of interest on the morning of Dec. 15 and contacted him at his business in Sterrett.

“During that interview, probable cause was reached to procure search warrants for this individual’s home, business and vehicle,” Samaniego said. “After those searches were completed, the individual was charged with murder about 8:30 p.m. [Dec. 15] and booked into the Shelby County Jail.

“As we interviewed him, he became a suspect. When he saw the interview going in a direction that didn’t favor him, he invoked his rights.” 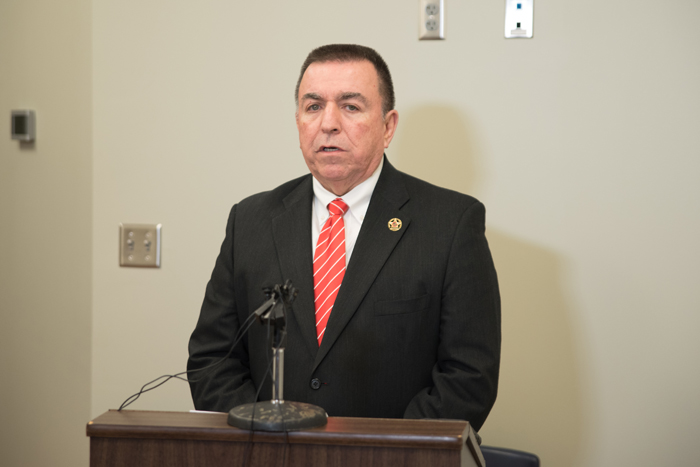 Samaniego credited “outstanding” investigative work and cooperation from the community for leading to the arrest of the suspect.

The sheriff released other details about the case, including that the weapon used was a 9 mm handgun, which has been recovered, and that the victim died from multiple gunshots.

There was no evidence of forced entry at the residence, Samaniego said, and the victim was found near the entryway.

Samaniego described the shooting as a “crime of passion,” and not pre-meditated, but said investigators are so far unaware of any ongoing dispute between the victim and suspect, who were described as “part-owners” of a business.

“We feel confident we have the person who committed this crime in custody,” he said.

No autopsy results have been made available, Samaniego said.

The investigation is ongoing, including work to establish a motive.

By GRAHAM BROOKS / Staff Writer HELENA–The Helena Beautification Board announced earlier this month that they were hosting a 2016... read more