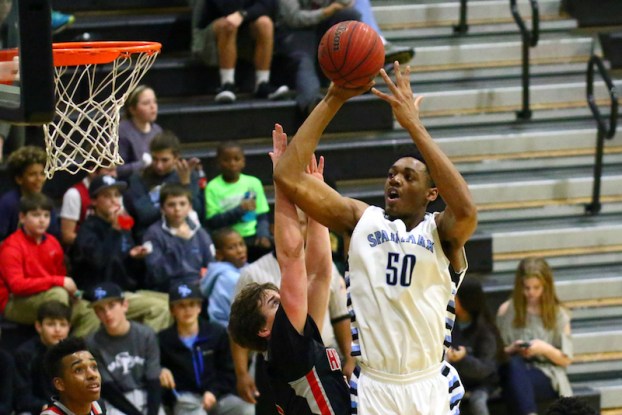 Austin Wiley averaged 21.7 points, 12.1 rebounds and 2.9 blocks per game, and was the Co-Player of the Year in Shelby County for the second year in a row in 2016. He will now suit up for the Auburn Tigers starting this Sunday. (File)

AUBURN – Rumors have been swirling for a few days now that 5-star Auburn basketball commit and former Spain Park standout Austin Wiley would be joining the Tigers early and might even start playing before the new year. 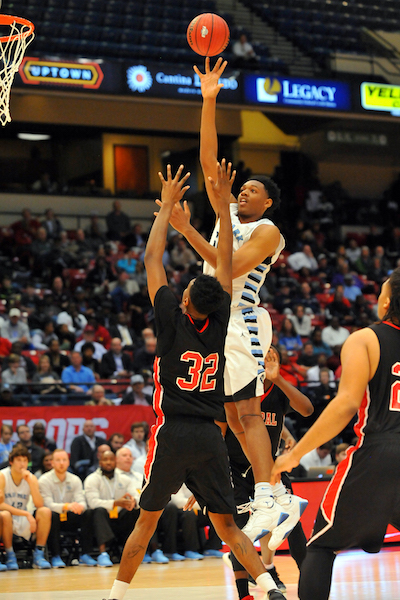 Less than a year ago, the 6-foot-11 standout, was preparing to play holiday tournaments with Spain Park and had yet to be named Co-Player of the year on our All-County team, an honor he shared with Alabama commit Alex Reese.

After the Jags lost in the Final Four, Wiley decided to transfer to Calus Prep in Miami, now he will be suiting up for the Tigers this Sunday, and Pearl has said the young star will play against Mercer, a game that can be seen on the SEC Network starting at noon.

This is great news for the Tigers who like to shoot a lot of 3-pointers and don’t have much of an inside game. Wiley, now the tallest and biggest player on the Tigers’ roster, will make an immediate impact in the post for Auburn.

In his last season for Spain Park, Wiley averaged 21.7 points, 12.1 rebounds and 2.9 blocks per game leading the Jags to the 7A Final Four. He now has bigger hopes doing something not even Charles Barkley did and that’s leading Auburn to its first final four in school history.

Calera moves to 3-0 in area play

By Chris Megginson / For the Reporter CALERA – Yatil Gant posted a double-double and scored 21 points for the... read more