COLUMBIANA – A 44-year-old Alabaster man who is facing a capital murder charge tied to the October shooting death of a Chevron convenience store clerk is now facing two additional charges for his alleged criminal actions in the Shelby County Jail. 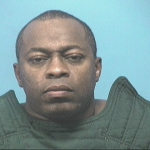 Michael Anthony Powell, who lists an address on Third Street Northeast in Alabaster, was indicted by a Shelby County grand jury in November on a capital murder charge originally brought against him by the Alabaster Police Department on Oct. 30.

Powell is facing allegations he shot and killed 54-year-old Pelham resident Tracy Latty Algar while Algar was working a Sunday morning shift at Alabaster’s Kirkland Chevron off U.S. 31. He has been held in the Shelby County Jail without bond since his Nov. 4 arrest, and allegedly attempted to identify himself as another inmate in the jail in early December, according to the latest arrest warrants filed against him.

In addition to the capital murder charge, Powell is now facing a felony obstruction of justice by using a false name charge and a misdemeanor count of tampering with physical evidence charge.

Powell is now set to appear in Shelby County Circuit Court for arraignment on Dec. 21.

During the Chevron shooting, Alabaster Police Chief Curtis Rigney said the suspect allegedly entered the gas station, took Algar into the bathroom and shot her in the top of the head, killing her. The suspect allegedly stole a “couple hundred dollars” in the robbery before fleeing the scene on foot, Rigney said.

If convicted of the capital murder charge, Powell could face the death penalty.