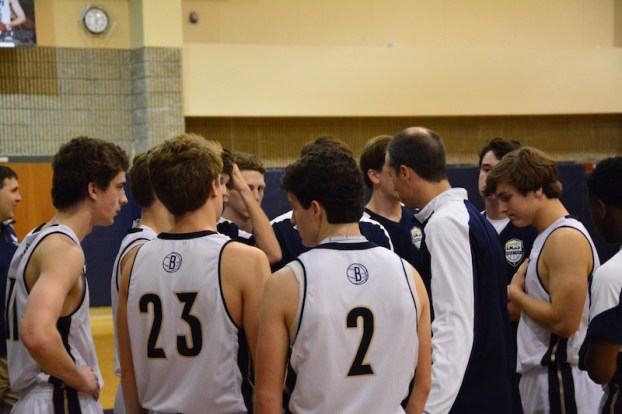 Briarwood won its first game of the 2016 KSA Events Pre-Holiday Boys basketball tournament at the ESPN Wide World of Sports in Orlando, Florida on Dec. 19. (File)

ORLANDO, Fla. – Briarwood used a balanced effort on the offensive and defensive end of the floor throughout its 54-45 win in their opening game of the 2016 KSA Events Pre-Holiday Boys Blue basketball tournament at the ESPN Wide World of Sports in Orlando, Florida on Dec. 19.

The Lions (6-4, 1-0) defeated Lowell High School from San Francisco, California in the first-round game to advance in the winner’s bracket of the tournament.

Offense wasn’t something that jumped off the page in this game as the defense really held strong to lift the Lions to the victory. They came out in the first quarter and held the Cardinals to just six first quarter points, while outscoring them 10-6.

The first quarter was much more closely contested as Briarwood maintained a three-to four-point lead throughout. Izaiah Jones made a late 3-pointer to put the Lions up 22-15 before Sean Lin of Lowell made a jumper before the half to trim the lead to 22-17, which is how the first half ended.

Michael Hiers, Barrett Tindal and Carson Donnelly knocked down a couple of early jumpers and a 3-pointer to go on a quick 7-3 run to start the third quarter and extend their lead to its largest of the game at 29-20. Hiers made another three shortly after to answer a Lowell jumper as the Lions grabbed a 10-point lead.

At the end of the third, Briarwood had outscored the Cardinals 14-10 to take a 36-27 lead into the fourth quarter.

The Lions started the fourth quarter strong behind a couple of Jones free throws and a Hiers jumper to start the final frame on a 4-0 run and take their largest lead of the game at 40-27. A few minutes lapsed before the next basket was made, but Briarwood continued the hot quarter by scoring five more unanswered points to extend their lead to 45-27.

Lowell answered the early run with a 13-2 run of their own to claw back into the game as they trailed 49-42 with just a couple of minutes remaining.

Briarwood made 5-6 free throws down the stretch to end the game on a 5-3 run and put away the Cardinals by the final of 54-45. The two teams had by far their best offensive performance of the game as each put up 18 points in the fourth quarter.

Donnelly led the Lions with 13 points, while going 2-3 from the free throw line and knocking down five made baskets. Jones and Hiers added eight apiece for Briarwood as they combined to make five shots and shoot 4-8 from the free throw line. In all, 10 different players scored in a balanced team-effort for the Lions. They have now won five of their past seven games.

The win advanced Briarwood in the winner’s bracket as they will take on St. Mary’s Jr-Sr in game two with a trip to the championship game on the line.