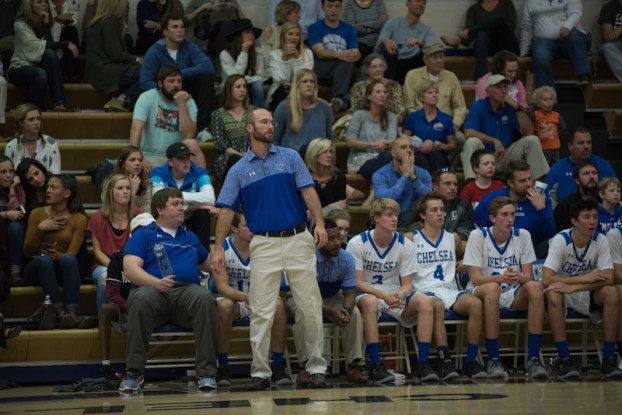 Chelsea became the first team in Shelby County to get to 10 wins after taking down Southside Gadsden 58-31 on the road Monday, Dec. 19. (File)

GADSDEN – The Chelsea Hornets became the first Shelby County basketball team of the 2016-17 season to get to the 10-win mark as they took care of Southside Gadsden easily, 58-31, on Monday, Dec. 19.

The Hornets (10-4) used a balanced attack yet again, which is becoming a consistent occurrence, as 11 different Chelsea players scored on the night.

It was all Chelsea from the start as they opened the game strong on both ends of the court posting 18 first-quarter points and holding Southside to just four. As good as the offense was scoring 18 points, the defense holding the Panthers to just four points might be what pleased Chelsea head coach Nick Baumbaugh the most. He came into the season saying they needed a strong defensive presence in order to win games.

The second quarter was a bit of a closer contest as the Hornets offense wasn’t as strong, but the defense was still doing enough to outscore Southside 10-9 in the quarter to take a 28-13 advantage into the half.

Chelsea, who didn’t allow more than 10 points in a single quarter, held strong in the second half as well. They used a 15-10 run in the third quarter to extend their lead to 22 points at 43-21 as they headed to the final quarter.

The fourth quarter was an exact copy of the third as Chelsea closed the game out with 15 more points and the defense held steady holding the Panthers to just 10 points again.

Joseph Lanzi led the way for Chelsea with 16 points, which included shooting 3-5 from behind the arc for nine of those points. Lanzi also added five assists to help the team effort. Matthew Marquet gave the Hornets a second double-digit scorer with 11 points.

Overall, 11 different players scoring and a strong effort from the free throw line, where they shot 17-25, helped propel the Hornets to the 58-31 win. Chelsea was the first team in the county to get to 10 wins, while Pelham, Helena, Montevallo, Oak Mountain and Vincent will all have their opportunities when they hit the hardwood next.